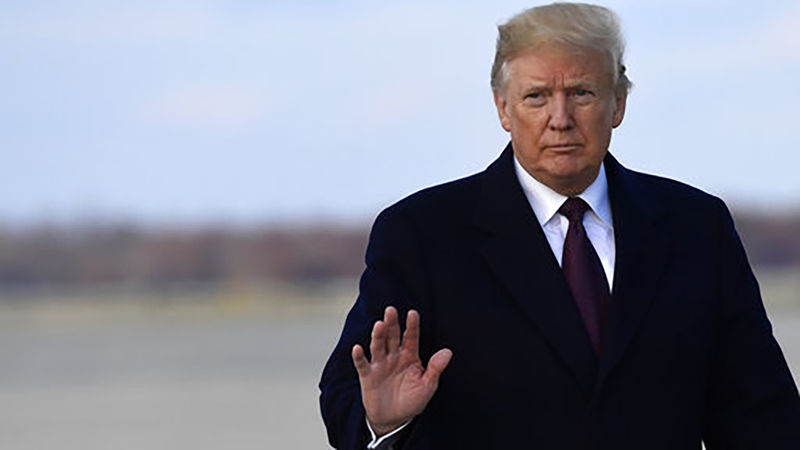 NEW YORK CITY -- The Trump Foundation will dissolve itself under judicial supervision as part of a lawsuit filed in New York, the state attorney general announced Tuesday.

The move follows a court decision in favor of AG Barbara Underwood, with the Trump Foundation signing a stipulation to dissolve with review and approval by Underwood of proposed recipient charities of the Foundation's remaining assets.

A court decision last month allowed Underwood's lawsuit, which remains ongoing, to move forward. It also seeks millions in restitution and penalties and a bar on President Donald Trump and his three eldest children from serving on the boards of other New York charities.

"Our petition detailed a shocking pattern of illegality involving the Trump Foundation, including unlawful coordination with the Trump presidential campaign, repeated and willful self-dealing, and much more. This amounted to the Trump Foundation functioning as little more than a checkbook to serve Mr. Trump's business and political interests. Today's stipulation accomplishes a key piece of the relief sought in our lawsuit earlier this year. Under the terms, the Trump Foundation can only dissolve under judicial supervision - and it can only distribute its remaining charitable assets to reputable organizations approved by my office. This is an important victory for the rule of law, making clear that there is one set of rules for everyone. We'll continue to move our suit forward to ensure that the Trump Foundation and its directors are held to account for their clear and repeated violations of state and federal law."