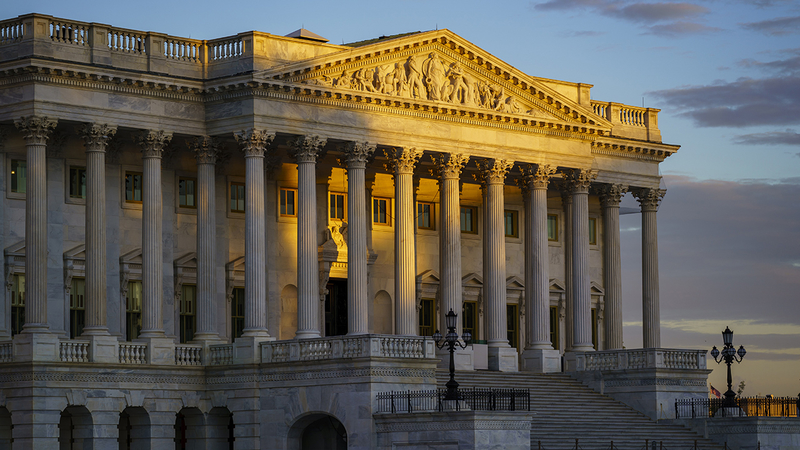 WASHINGTON -- Lawmakers have averted a partial government shutdown before the U.S. was set to run out of money Friday.

Government shutdowns have far-reaching consequences beyond Washington and can affect a large swath of Americans, from new home buyers and Social Security recipients to air travelers and National Parks visitors.

Most immediately, many government employees would get furloughed, causing a massive ripple effect.

For example, the Social Security Administration has the authority to keep mailing checks to beneficiaries, but benefit verification, Social Security claims and card issuance would stop.

Likewise, the U.S. Department of Veterans Affairs would continue to hand out benefits, but new applicants would get delayed.

Health care would also see an impact. The U.S. Department of Health and Human Services could furlough up to 43% of its staff, leading to delays in processing new patients. Direct COVID-19 response efforts would generally proceed under the HHS shutdown plan.

"Large swaths of the federal government coming to a screeching halt would certainly not be beneficial to pandemic response but we are doing everything we can to mitigate," White House press secretary Jen Psaki told reporters last week.

National Parks, monuments and other sites could close completely or turn away visitors.

Airline passengers could see major delays. During the 2018 shutdown, air travel was strained as air traffic controllers and Transportation Security Administration agents worked without pay, meaning many stopped showing up for work.

Other employees that the Office of Management and Budget deems essential, like Secret Service agents and Centers for Disease Control and Prevention laboratory staff, would continue to work without pay.

The private sector won't avoid the consequences of a government shutdown either. Any company that contracts business with the U.S. government is impacted, and stocks were lower Tuesday amid the uncertainty.

This was not the first time the government has been on the brink of a shutdown, and it has happened on multiple occasions. Most recently, the government shut down for 35 days, a record shutdown length, from December 2018 to January 2019 amid a Congressional stalemate over funding for then-President Donald Trump's border wall. The government also shut down for three days over deadlock during the Trump administration in January 2018. And in 2013, then-President Barack Obama presided over a 16-day partial government shutdown caused by a dispute over the Affordable Care Act and other budget disagreements.