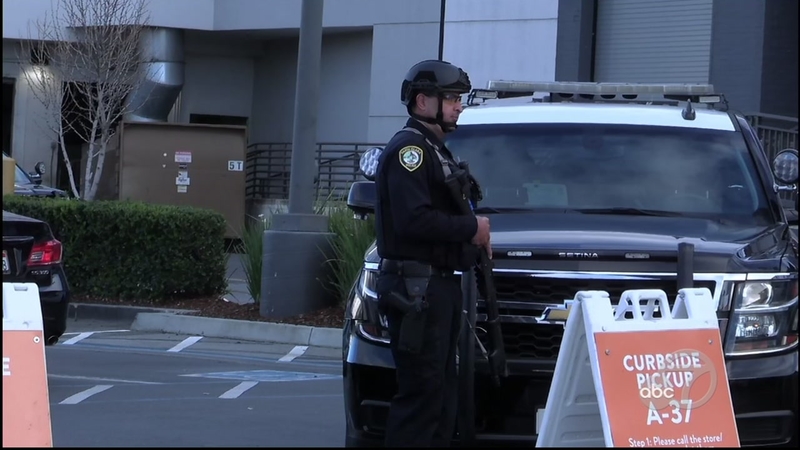 SAN JOSE, Calif. (KGO) -- A man was arrested by police Wednesday evening after he allegedly threatened violence at a San Jose mall.

According to police, the man was live streaming on social media and discussed "shooting up" the Westfield Valley Fair Mall in San Jose.

Police were notified around 4 p.m. Wednesday.

Police said the male suspect had a "distinct" appearance and a "loud" hair color.

At approximately 4:00pm our department received information that a male suspect was streaming information on social media regarding ‘shooting up’ a mall. The suspects location was quickly tracked and he was found to be at the Valley Fair Mall. pic.twitter.com/djcQWp4kq9

No one at the mall was hurt.

Police have not identified the suspect or have not disclosed the charges he's facing.

San Jose police say they received a tip from the Santa Cruz County Sheriff's Office, who told them about the man making threats on Snapchat.