49ers vs Vikings: Niners energized by return of key players at practice ahead of NFC Divisional playoff game 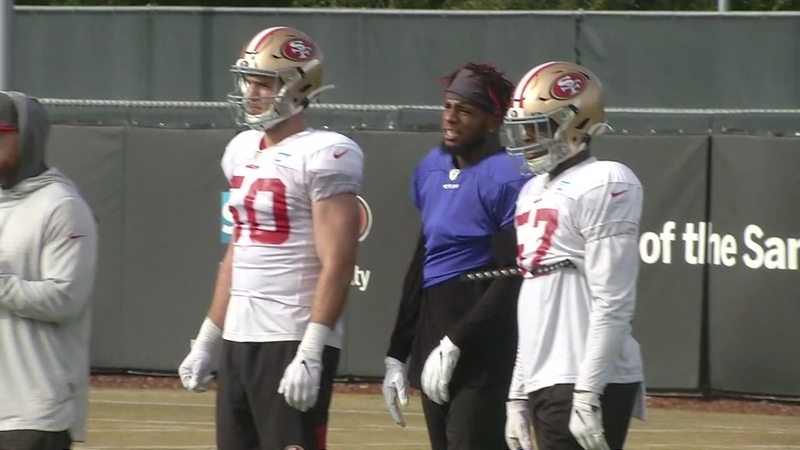 49ers energized by return of key players at practice

"It's been legendary," said Warner when talking about Alexander's return to practice as he attempts to be game ready after suffering a torn pectoral muscle earlier this season.

This is one of my favorite all-time photos @LevisStadium . @JoeMontana at the podium and if you look closely you will see Bill Walsh looking on. #ABC7Now #GoNiners ➡️ https://t.co/xjReR0D3bz pic.twitter.com/zRtdvYI5c2

"It's been really great. Just a different swag, energy out there when he's on the field. It's great having him back out there," said Warner.

The 49ers are getting healthy at the right time ahead of Saturday's NFC Divisional playoff against the Minnesota Vikings. For the second straight day, Dee Ford, Jaquiski Tartt and Kwon Alexander were back at practice.

"Having Kwon is exciting. He brings a lot of juice, a lot of energy. Even in practice, if there's a lull in practice, he's the first to speak up to get guys going," said defensive coordinator Rober Saleh.

The 49ers are planning to put on a show in front of their fans for the first-ever playoff game at Levi's Stadium.

"It feels like another week. I know if you lose you are done. We've had good practices this whole week. Everyone is on top of their stuff, everyone has been in their books. We're just excited to play football on Saturday," said tight end George Kittle.

Cornerback Richard Sherman has been in this position before having won a Super Bowl and been in multiple playoff games.