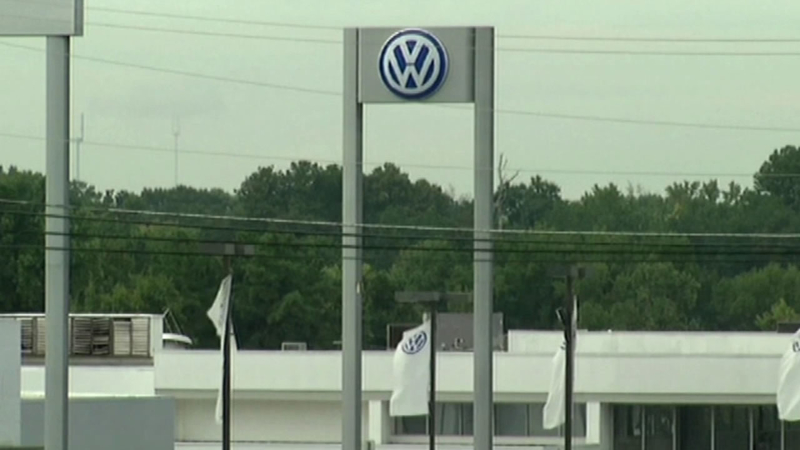 American drivers are now filing lawsuits against the world's largest automaker after it admitted to deliberately faking emissions tests.

Nearly 500,000 cars have been recalled in the U.S. and on Tuesday, the CEO is apologizing.

The CEO is saying he is "endlessly sorry" after the German automaker admitted 11 million of its diesel vehicles were fitted with software that allowed them to intentionally fake emissions tests, including makes and models sold right here in the U.S. that could releases pollutants up to 40 times the legal limit.

"I don't know how I'm supposed to trust a company that went out of their way to lie," Levin said.

The company behind the slogan "Truth in Engineering" admits its software sensed when a car was hooked up for an emissions check.

The controls limiting emissions would then automatically switch on but after the tests, the controls switched off.

"We're quite concerned by some of the reports that we've seen. This is the responsibility of the EPA to take a look at it," White House Press Secretary Josh Earnest said.

The scandal even cast a shadow on a party for the new Passat. "Our company was dishonest," Volkswagen U.S. CEO Michael Horn said.

"The stock is down more than 30 percent just in a couple of days. That's catastrophic for a company the size of Volkswagen. If they try to pin this on lower-level people, that may not fly," Yahoo! Finance columnist Rick Newman said.

Volkswagen said it is setting aside just $7 billion to cover the fallout.