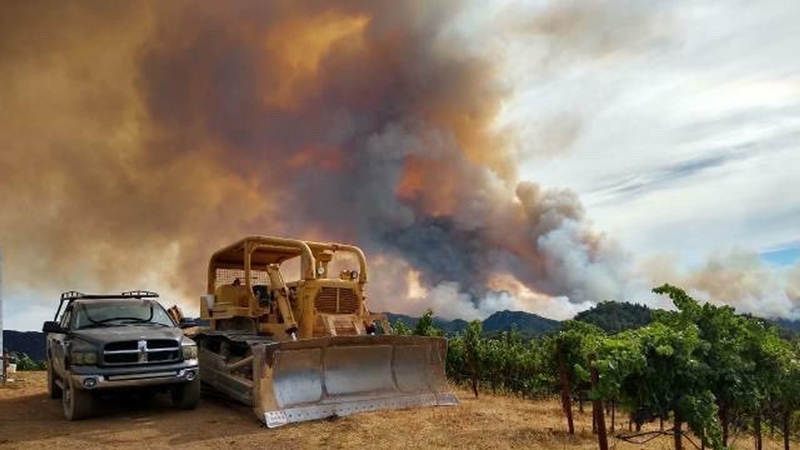 HEALDSBURG, Calif. (KGO) -- As of Tuesday morning, the LNU Lightning Complex Fire has burned more than 352,000 acres but containment is rising and now currently at 27%. The Walbridge Fire near Healdsburg is part of that and while conditions are improving, there are still some major concerns.

Monday evening flames could be seen shooting into the air along the hillsides Northwest of Healdsburg near Dry Creek Road.

"It's been insane with all the wind and smoke coming in," says Courtney Mauritson who recently returned home with her kids after being evacuated.

Mauritson and other neighbors near the evacuation zone are keeping a close eye on the changing situation and hoping that the flames die down. As we traveled along Chemise Road you could see numerous smoke stacks. From some vantage points we also saw flames.

"It ended up overtaking our ranch on Thursday," says Jake Delisle who is part of a small group of neighbors who has been fighting the flames since the lightning strikes last week.

Delisle says they were out there before CAL FIRE arrived with more firefighters but he is grateful that they are now here and supports them 100%.

Delisle showed us photos and video of the moments when fire overtook their ranch property. He says because of the prep work they did involving tree removal and clearing they saved all their structures.

The #LNULightingComplexfire has burned 352,913 acres with 27% containment. Jake Delisle took these shots. Delisle isn’t a firefighter but part of a group who has been trained to fight fires and has been helping protect a neighborhood northwest of Healdsburg. @abc7newsbayarea pic.twitter.com/u2a56zDaLX

Some locations though have not fared so well. On Big Ridge, fire tore through a home leaving little to nothing. A fan and a couple of outdoor chairs are about all that's left. 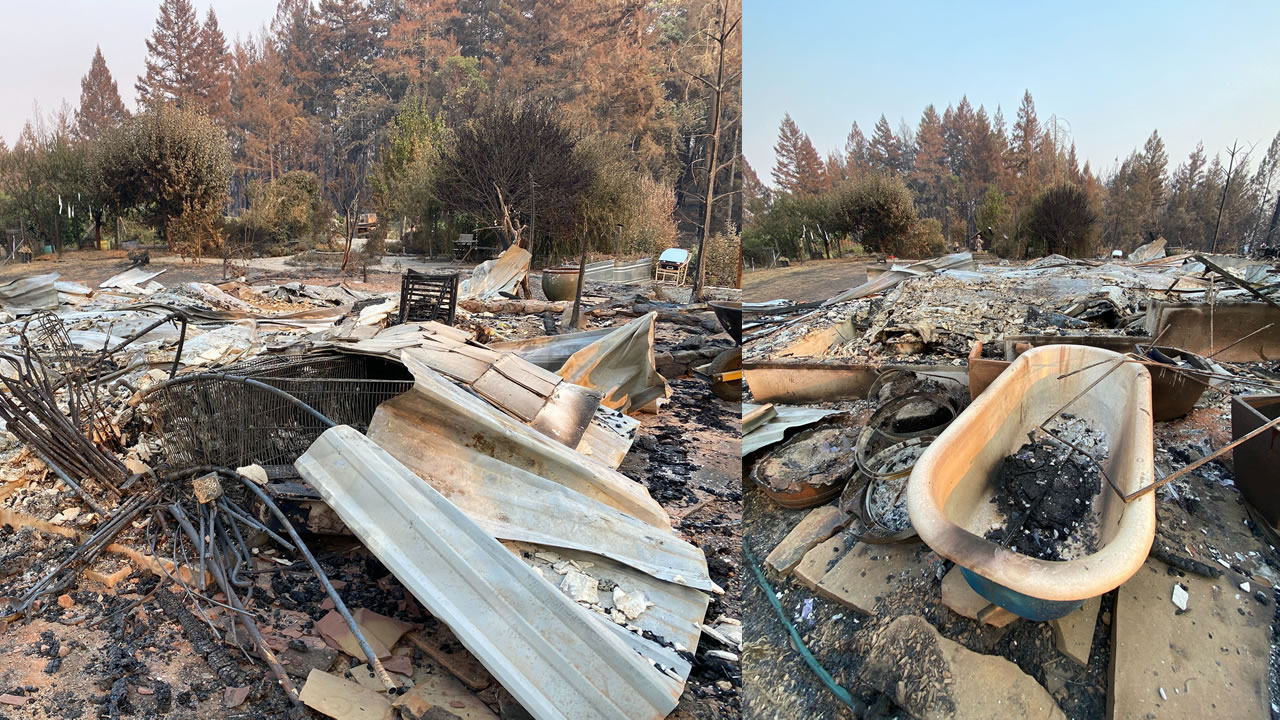 The Walbridge fire tore through a home leaving little to nothing. The split image shows the aftermath on Big Ridge Road in Healdsburg, Calif. on Aug. 24, 2020.

"Every time you can save a structure it's a win but sometimes it's just unfortunate," says Delisle. He and his four person crew aren't giving up though.

While a neighbor's home succumb to the flames they've helped save not only their ranch but several others nearby, something they say they will continue to do until the fires are out.

"I've lived out here for 34 years. I'm a heavy equipment operator and it's intimidating but if we hadn't stood our ground we would have had nothing."