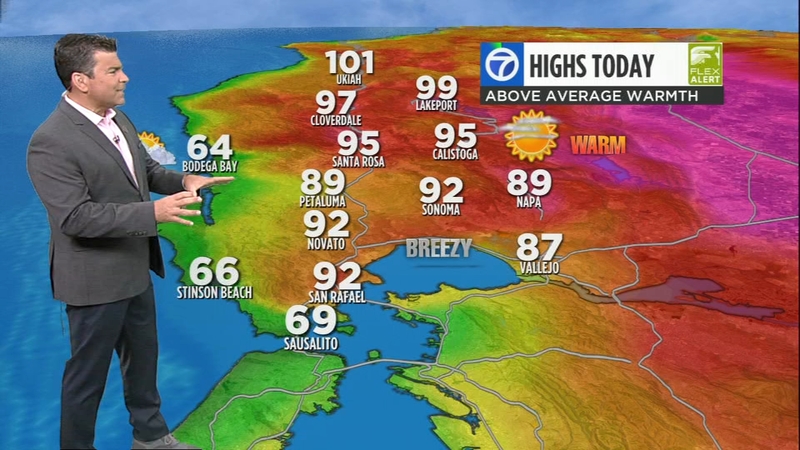 We have a mix of low and high clouds creating a clear to partly cloudy sky this morning. A wider range of temperatures develops, lower 50s to middle 60s. Low clouds are closer to the ground during this morning's commute.

High clouds and sunshine fill our sky today with low clouds near the Coast. Our temperature spread increases from middle 60s at the Coast to near 100 degrees Inland.

The canopy of high clouds continues tonight with lows in the middle 50s to middle 60s.

Thursday and Beyond:
Low to Moderate risk for heat illness continues through Friday. Inland neighborhoods are most vulnerable. A localized sea breeze hides the Bay and Coast from most of the heat.

High temperatures taper to average this weekend and remain there through early next week.