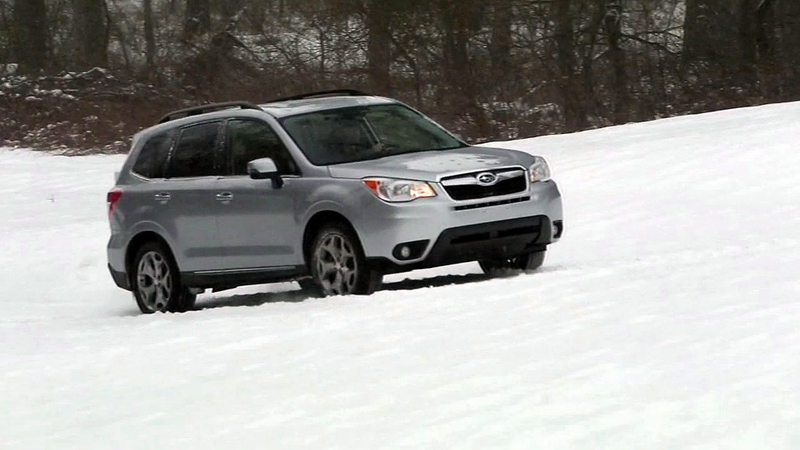 SAN FRANCISCO (KGO) -- Consumer Reports revealed which is the best small SUV to drive in the snow.

Compact SUVs are the hottest segment in the auto industry. They're promoted as all-wheel- drive vehicles that can go anywhere in any weather, especially snow. But before you get overly confident, Consumer Reports found big performance differences in all-wheel-drive vehicles.

At its snow-covered auto track, Consumer Reports put three of the most popular small SUVs to the test, the Honda CR-V, Subaru Forester and Toyota Rav 4. All are equipped with their standard all-season tires. "All-wheel-drive SUVs aren't all the same. Their tires, their stability control, their all-wheel-drive systems, when taken together, that's what determines how well they will perform in the snow," Consumer Reports spokesperson Mark Rechtin said.

All were several seconds slower accelerating from zero to 60 in the snow than in dry pavement. But there was a two-point-three second difference between the Forester and the Rav 4.

The Forester also did markedly better climbing a hill covered with fresh snow. "The Forester's drive system allows for a certain amount of wheel slip, which really helps it maintain momentum while it's climbing a hill,"

In Consumer Reports braking tests from 60 miles per hour, the Rav 4 and Forester were able to stop in about the same distance, though about twice as far as on dry pavement. But the CRV took an extra 50 feet to come to a stop.

The handling course showed the most dramatic differences. The Rav 4 had a tough time cornering, with unresponsive steering.

The Honda CR-V's stability control kept it from spinning out, but it required a lot of driver input to stay on course.

The Subaru Forester cornered the way advertisements make you think an all-wheel drive should perform.

All in all, the Forester did the best of the three in Consumer Reports' all-wheel-drive winter competition.