KGO
SAN FRANCISCO (KGO) -- The ficus was the tree of choice to line city sidewalks back in the 60's,but now they're old, top heavy and weak. This is an unfortuante example of what can happen when even a little bit of rain and wind hit their branches. This ficus in the Mission fell on a man and also took down a MUNI line.

"At this juncture in my professional opinion most of these trees should be removed. They're too tall and too hazardous," said Battalion Chief Thomas Abbott of San Francisco Fire Department.

Residents in the Western Addition say three have topped in their neighborhood this year, including the one this morning that crushed Mildred Brown's car.

"I heard it when it happened. i thought it was an accident, not a big bad tree. i just want to observe the damage, then I'll cry," said Brown. 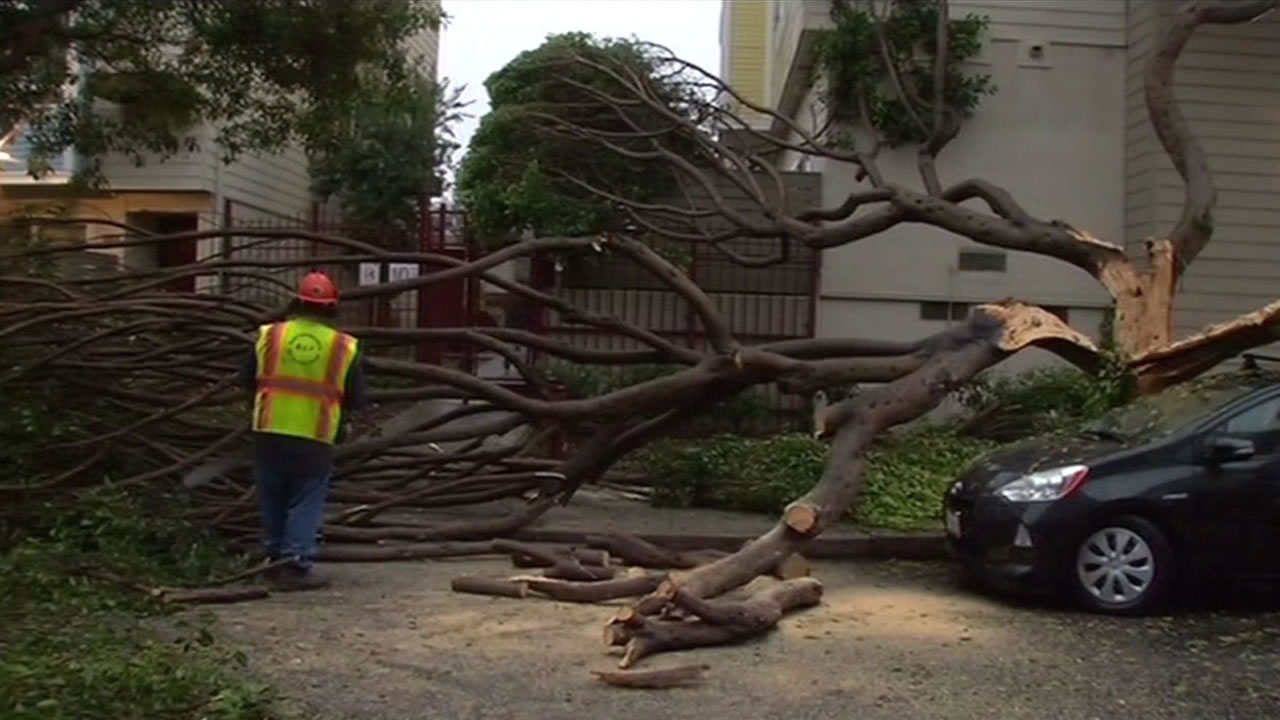 The head of the Department of Public Works is now planning to replace the worst of the bunch.

"It's really critical. We have an a larger number of trees fall this year compared to others so they've gotten to the age where we need to start addressing that concern, "said Mohammed Nuru.

Mohammed Nuru says the tree that fell at 23rd and Potrero was pruned just last week, but overall the city's maintenance program is well behind industry standards because there's not enough money. In recent years the city has shifted some responsibility onto homeowners.

"And the parcel tax would be conditioned on the city taking back responsibility for all the trees," said Wiener.