Is someone intentionally setting fires near Mt. Diablo?

Is someone intentionally setting fires near Mt. Diablo?

MOUNT DIABLO, Calif. (KGO) -- Fire departments in the East Bay are on high alert. They're watching out for that trifecta of heat, low humidity and wind. Right now, there's the heat. It's not red flag territory yet, but there was a fire out beyond Mt. Diablo midday Friday that gave everyone a scare.

Officials believe someone might have intentionally set the fire around 11 a.m., and they are investigating multiple points of origin as flames quickly consumed the dry brush and went up and down the rolling hills, scorching 9 acres.

Planes swooped in, engines responded, as nearby residents backed up along Deer Valley Road and Marsh Creek Road.

Linda Bilbay lives at a nearby mobile home park. She said, "It's scary. Like I said we don't get this many fires and I feel it's intentional someone's putting fire on our hills."

They were no evacuations. By 1 p.m., the fire was out. But an overnight fire last month down the road burned 750 acres and everyone is on edge.

East Contra Costa Fire District will be closely monitoring the weather this weekend. They are getting three new state of the art fire engines but those won't arrive until November.

RELATED: Friday the 13th full moon to rise this week for first time since 2000

Meanwhile, the Contra Costa Fire Protection District earlier this week just re-opened fire station number 16 in Northwest Lafayette. They too are watching the weather this weekend and are on high alert. 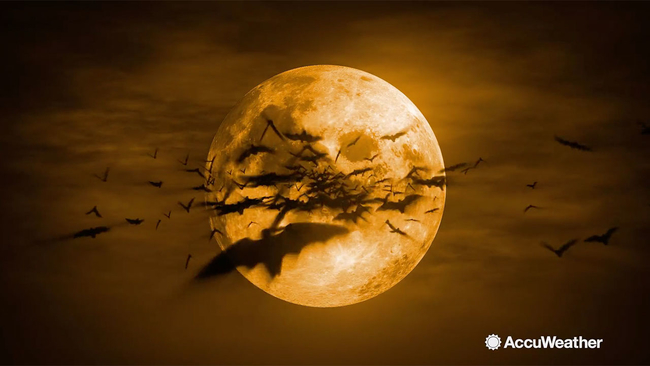