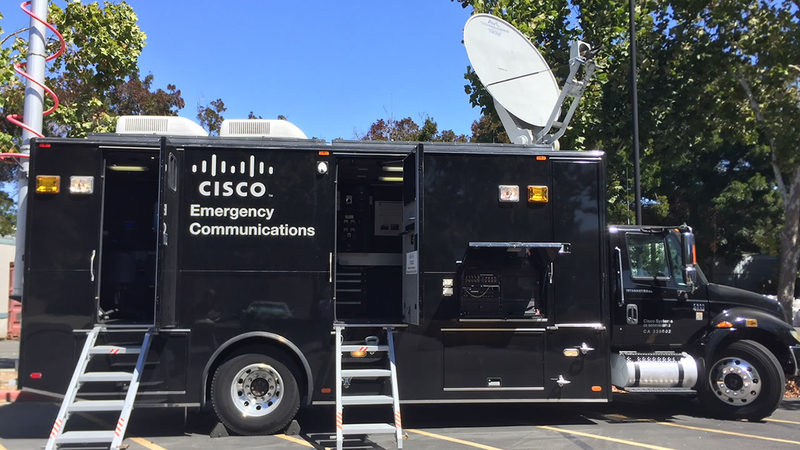 SAN JOSE, Calif. (KGO) -- Resources from as far away as Northern California are on standby to handle emergency needs after Hurricane Florence makes landfall in the Carolinas.

One of the biggest concerns is the loss of communications for first responders, search and rescue teams, and medical facilities. A major Silicon Valley company is ready to step in.

After a disaster strikes, a large black vehicle arriving on scene is a welcome sight and resource for first responders. It's one of several Network Emergency Response Vehicles, or NERV, built by San Jose's Cisco Systems.


Equipped with a satellite dish, a mast and racks filled with servers, its mission is to restore communications for public safety agencies that lose connectivity. It's ready when Hurricane Florence makes landfall.

"We bring everything back online, whether the backhaul is satellite, 4G, LTE... whatever it is, we're going to bring it back online until such time as the ISP's, the internet service providers, can bring their systems back up online," said Mary Owen, technical operations coordinator on Cisco's NERV team.

RELATED: 'We know it's dangerous': Fly into Florence's eye with USAF Hurricane Hunters

Cameras are mounted atop a 46-foot telescoping mast. They helped to spot wildfires at the Tubbs Fire. Another valuable tool is the ability to allow agencies operating radios on different frequencies to communicate seamlessly.

"They can use their own radios, switch it to inter-op channels, and then the dispatcher could actually work from here on the dispatch panel and talk to the different groups," said Jason Hoac, a Cisco network engineer assigned to the unit.

The technical operations team at Cisco in San Jose is highly qualified. Some of them have been deployed to the Northern California wildfires and also to hurricanes in Puerto Rico and Antigua.

Portable kits small enough to be flown in by aircraft are likely to be deployed to the Carolinas to create internet service and wireless networks. Once deployed, the NERV can be managed in the cloud.

"Instead of having to keep the team on the ground for months at a time, we can install the equipment, get it to where we can be managing it over the cloud, and then move on to the next thing," said Sue-Lynn Hinson, manager of Cisco Tactical Operations. She talked to us by WebEx from Research Triangle Park in Raleigh-Durham, North Carolina.

Cisco provides these disaster services as a public service. 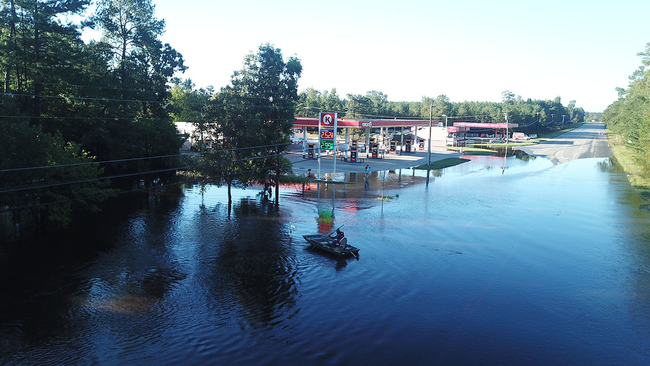