Storm prompts Highway 37 closure in Novato due to flooding

KGO
By by Cornell Barnard
NOVATO, Calif. (KGO) -- A portion of state Highway 37 in Novato was closed Sunday morning due to flooding from heavy rain Saturday night, according to the California Highway Patrol.

Just before about 7 a.m., the CHP announced the closure of the highway in both directions, between U.S. Highway 101 and Atherton Avenue.

CHP officials said there is currently no estimated time for when the highway will reopen.

One driver traveling on the highway's westbound side was apparently stuck overnight after their vehicle became almost covered in water.

Rick Reynolds says he's never seen so much flooding on Highway 37. "I can't believe they did that, they're probably regretting that decision," he said.

Caltrans is pumping the water out, but it's spilling back in just as fast from Novato Creek.

"Part of the problem is we've had three consecutive storms. Soil gets so saturated it might as well be falling on concrete. There's no absorption in the ground," Marin County Flood Control District spokesperson Dave Nicholson said.

In Sonoma County, a mudslide and downed trees caused problems for residents in Forestville and Summerhome Park Road is closed at this time in both directions as crews clean up the giant mess of rock and debris.

The intersection of Highway 12 and Highway 121 in Schellville looks more like a lake and is also closed to traffic.

Some wineries weren't offering tastings due to the flooding on nearby roads. "The routes are either blocked by water or threatened and that's a discouraging fact," Anaba Winery employee Joel Mellinger said.

The CHP is reminding drivers to never attempt to drive through flooded roadways.
The same area of the highway was closed for several hours more than a week ago also due to flooding as a result of stormy weather. 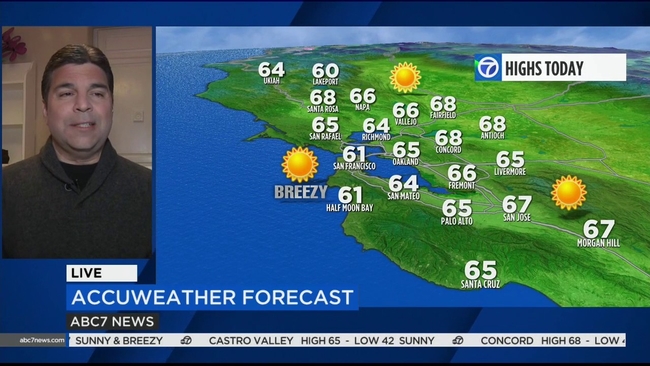