AP
LEE COUNTY, Ala. -- President Donald Trump is visiting Lee County on Friday, the area where 23 people were killed, some of them children, when the deadliest U.S. tornado in nearly six years ripped through a rural Alabama community on Sunday.

The tornado was an EF4 packing winds estimated at 170 mph (274 kph) and chewed a path of destruction up to nine-tenths of a mile (1.4 kilometers) wide in Alabama for nearly 27 miles (43 kilometers), the National Weather Service said. Ninety people were injured, it said.

Heading now to the Great State of Alabama!

Ahead of a visit to the area planned for Friday, Trump said, "it's been a tragic situation but a lot of good work is being done."

"I want to thank him in advance for coming to Alabama and for this emergency declaration," Jones told a news conference Thursday after touring one of the hardest-hit areas of the small Beauregard community. He added: "Seeing the devastation will take your breath away."

Trump has declared that a major disaster exists in Alabama and ordered federal aid to supplement state and local recovery efforts in Lee County.

In a news release Tuesday, the Trump Administration said assistance can include grants for temporary housing and home repairs, low-cost loans to cover uninsured property losses and other programs to help individuals and business owners recover from the disaster.

Damage assessments are continuing and more counties and additional forms of assistance may be designated after those surveys are completed.

Residents and business owners who sustained losses can begin applying for help by registering online or by calling 1-800-621-FEMA (3362).

Carol Dean found her wedding dress among the wreckage of her mobile home. But the storm took her 53-year-old husband. She said David Wayne Dean was at home Sunday afternoon and had texted a friend to beware when the tornado hit.

RELATED: What we know about the 23 lives lost, including 7 from same family

Dean said she rushed home from her job at Walmart when she couldn't reach her husband on the phone. She pushed her way past sheriff's deputies who tried to keep her out of the damaged area. Her children had found David Dean's body in a neighbor's yard.

"They took me down to him," Dean said, "and I got to spend a little time with him before they took him away."

At the R&D Grocery, rattled residents asked one another if they were OK. And a big banner that read "#BEAUREGARDSTRONG" was hung on a fence at Beauregard High School.

"All we could do is just hold on for life and pray," said Jonathan Clardy, who huddled with his family inside their Beauregard trailer as the tornado ripped the roof off. "It's a blessing from God that me and my young'uns are alive."

User-submitted video shows a possible tornado at a truck stop in Warner Robins, Georgia, on March 3, 2019.

Beauregard, named for a Confederate general, is an unincorporated community of roughly 10,000 people near the Georgia state line. The community is in the same county as Auburn University and has a few small stores, two schools and a volunteer fire department dotting the main highway.

"Everybody in Beauregard is a real close-knit family," Clardy said. "Everybody knows everybody around here. Everybody is heartbroken."

Julie Morrison and her daughter-in-law picked through the ruins of Morrison's home in Beauregard, looking for keys and a wallet. They managed to salvage her husband's motorcycle boots and a Bible.

Morrison said she and her husband took shelter in the bathtub as the twister lifted their house off the ground and swept it into the woods.

"We knew we were flying because it picked the house up," Morrison said, figuring that the shower's fiberglass enclosure helped them survive. She said her son-in-law later dug them out.

The National Weather Service said one and possibly two tornadoes struck the area, with a powerful EF-4 twister with winds estimated at 170 mph (274 kph) blamed for most of the destruction. It carved a path nearly a mile (1.6 kilometers) wide and 24 miles (39 kilometers) long, said meteorologist Chris Darden.

"It looks like someone almost just took a giant knife and scraped the ground," Sheriff Jay Jones said.

On the day after the disaster, volunteers used chain saws to clear paths for emergency workers. Neighbors and friends helped one another find some of their belongings in the ruins.

Around Beauregard, mobile homes tucked among tall pine trees were swept from their bases and smashed into unrecognizable piles of rubble. Toys, clothes, insulation, water heaters and pieces of metal were scattered across the hillsides where the pines were snapped in half.

Along one hard-hit country road, giant pieces of metal from a farm building dangled from pine branches 20 feet (6 meters) in the air, making loud creaking sounds as the wind blew. For an entire mile down the road, pines were snapped in half. A mobile home crushed by two trees marked the end of the path of destruction.

Picking up the pieces

Though at one point the number of missing was in the dozens, Lee County Sheriff Jay Jones said Wednesday that everyone was accounted for.

The funerals of all 23 victims will be paid for by donations, Lee County Coroner Bill Harris said.

In honor of the victims, Alabama Gov. Kay Ivey ordered that flags be flown at half-staff until sunset on Sunday.

RELATED: How to help the victims of Sunday's tornadoes

Sunday's was the deadliest tornado to hit the U.S. since May 2013, when an EF5 twister killed 24 people in Moore, Oklahoma.

An EF-5 tornado that struck Joplin, Missouri, in May 2011 killed 158 people. And an outbreak of tornadoes in the Southeast a month before that left an estimated 316 people dead, including at least 250 in Alabama. 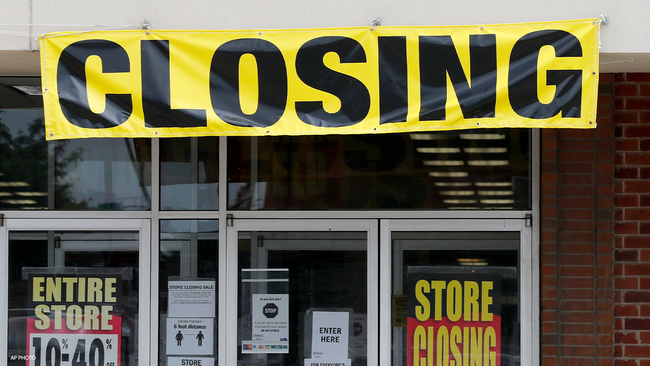 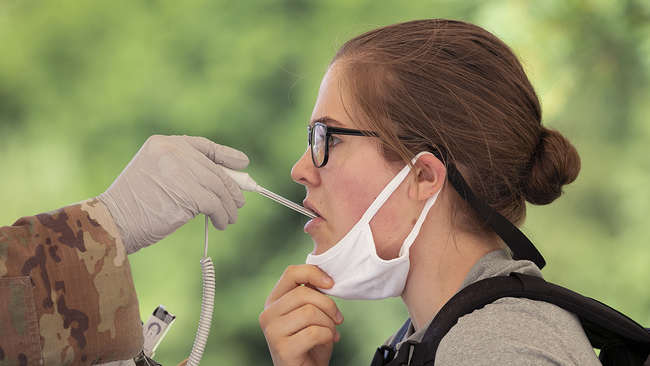