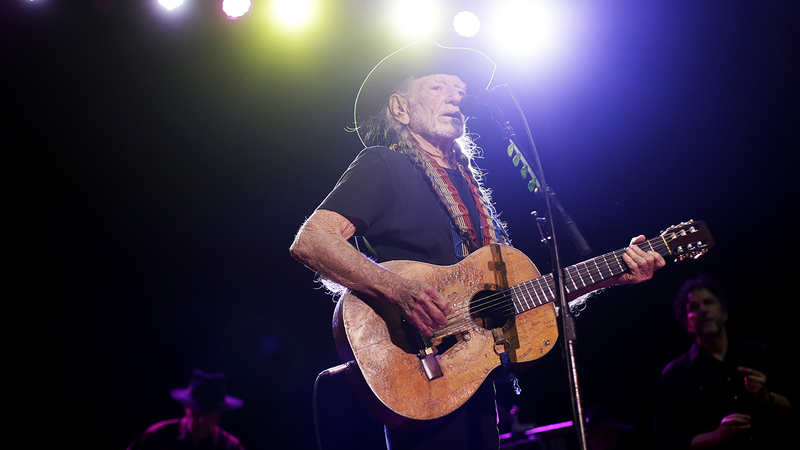 CHARLOTTE, N.C. -- A scheduled performance by Willie Nelson was over before it started as the singer fell ill, according to concert promoters.

Nelson was scheduled to perform at the Outlaw Music Festival at the PNC Music Pavilion in Charlotte, North Carolina, on Saturday evening. Footage taken from the audience shows Nelson walking onto the stage as his band prepares for the set. Nelson begins to put on his guitar before placing it back into its stand, throwing his hat into the audience and abruptly walking back off the stage.

"He's outta here," a fan can be heard saying in the footage as others in the audience cheer for Nelson. "He's leaving. Out the door he goes."

In a statement posted to Twitter later in the evening, Live Nation Carolina blamed Nelson's exit on illness and advised fans to "hold on to their tickets until the new date is announced."

Due to illness, Willie Nelson was unable to play tonight at the Outlaw Music Festival at PNC Music Pavilion Charlotte. Fans are asked to please hold on to their tickets until the new date is announced.

Frustrated fans wrote on social media that they were left waiting for an hour after Nelson's exit before they were given any information about the fate of his performance.