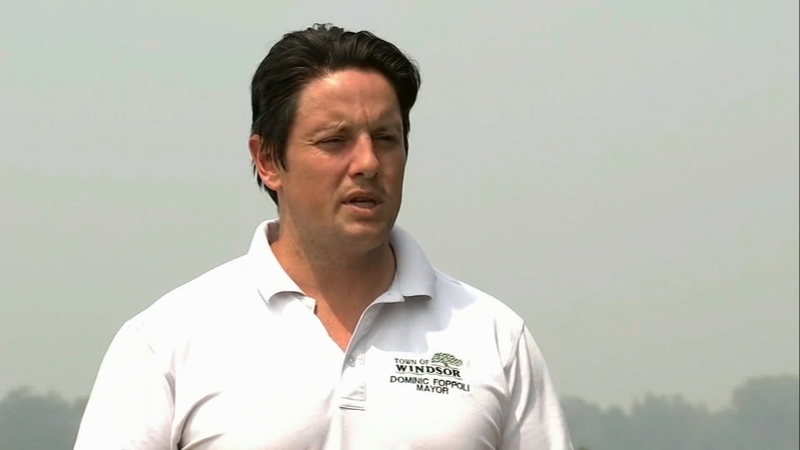 WINDSOR, Calif. (KGO) -- The sexual misconduct investigation into Windsor Mayor Dominic Foppoli moved to another level, today, when the Sonoma County District Attorney's Office announced it is sending the case to California's attorney general. It seeks to avoid a conflict of interest because one of the alleged victims. Esther Lemus, serves the county as a deputy district attorney.

Sophia Williams was one of them. She said others would follow. "I heard the other stories. They made me think there are other victims with stories like mine, or worse."

Now, there are six alleged claimants, including Lemus, who says that Mayor Foppoli drugged and sexually assaulted her in February 2020.

Foppoli responded by accusing Lemus of sexually victimizing him.

"I find it laughable that Mr. Foppoli is claiming to be a victim," said Lemus to Santa Rosa Press Democrat.

"If I have done anything wrong, I would accept responsibility and I would resign. But I have not," said the Mayor in his statement.

Questions remain about a letter sent to the Town Council in 2017 about the mayor's alleged conduct. When asked about it Monday, Council Member Debora Fudge could not comment in detail. "I did forward the letter to the town attorney and town. It was a formal process. I want the whole town to know that that whole council was with me when I received that letter, and dealt with Dominic personally."

Wednesday night, the Windsor Town Council will ask Mayor Foppoli to step down. "We vehemently condemn the actions of the Mayor and will meet on Wednesday and ask him to resign," said Fudge.

However, the Town Council has only the power ask. A recall by voters would force Foppoli out of office. That recall movement already has signatures from 500 households. "He doesn't have the moral authority, confidence of the electorate, or the skills needed. The time has come for him to go," said Ted Zahner, who is running the recall.

Nor will Mayor Foppoli ever ascend to what would have been a seat representing Sonoma County on the Board of the Golden Gate Bridge District. The Board of Supervisors will rescind that, tomorrow. "It's just disgusting. This has been an ugly chapter that needs to close," said Supervisor David Rabbitt.