Walnut Creek man arrested after explosion, found with $2,500 worth of fireworks, police say 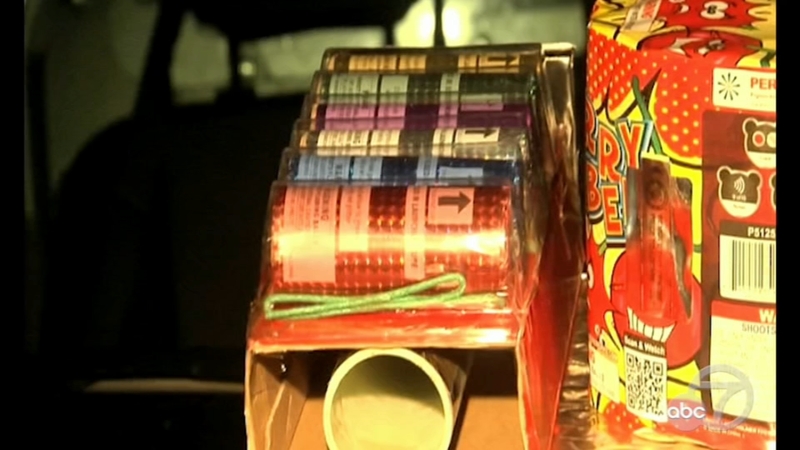 WALNUT CREEK, Calif. (KGO) -- Walnut Creek police arrested 32-year-old Shayne Guerrero in connection with a loud explosion that happened Monday night and say they confiscated about $2,500 worth of fireworks from his home.

The boom happened in between two buildings on the corner of Mt. Pisgah Road and Mt. Diablo Boulevard, across from Safeway and a block away from Nordstrom in Walnut Creek's Broadway Plaza. Residents say they heard it, but did not know what it was.

"It just sounded like this huge boom. I thought maybe construction fell over or maybe a car crash," Nadine Hugg said Tuesday morning.

"It was pretty loud, even at the police department they heard the sounds of the explosion and came rushing out. People on NextDoor were making comments around 10 p.m. when they heard it," said Marci Valleras.

The window of her business, Marci's Skin Care Centre, was shattered. She also had some issues inside from the blast.

"All the products that were on the shelf were blown off onto the floor, so that was unusual," she said.

She brought a broom and a dustbin to work Tuesday and swept up all the pieces of glass outside her business.
Walnut Creek Police say witnesses led them to Guerrero. They say he appeared intoxicated. He was arrested in his home, about a block away from where the firework was detonated.

Investigators say in addition to the fireworks, they also found a pipe filled with black powder that had a hole drilled into it.

"That's awful, that's scary. There are a lot of families around here," Hugg said after being told about the pipe.

Walnut Creek Police say there was a 2-year-old girl at Guerrero's home, so they charged him with child endangerment, a felony. They also charged him with use of a possible explosive device and vandalism for the damage to the building, also felonies.

He also faces misdemeanor charges of possession of illegal fireworks and obstructing the way of a police officer because, detectives say, he resisted arrest.

East Bay officials passed a new fireworks ordinance that now holds property owners and vessel owners responsible if fireworks are found on their property. Fines start at $100 and go up.