Over a dozen sickened at Quinceañera party in San Francisco 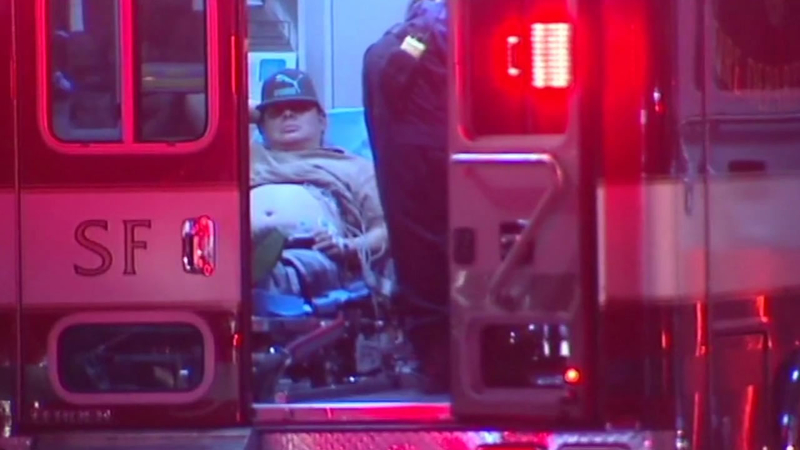 Over a dozen sickened at Quinceañera in San Francisco

SAN FRANCISCO (KGO) -- At least 15 people were rushed to the hospital after becoming ill from something they ate at a family party in San Francisco's Mission District Saturday night.

Paramedics were called to the Women's Building on 18th Street shortly after 10 p.m.

The people were attending a Quinceañera, a 15-year-old girl's coming out party, when men and women of all ages started getting sick.

Symptoms included heart palpitations, shortness of breath, vomiting, and in some cases a swollen tongue and a rash.

ABC7 News spoke to a security guard who was working Saturday night and he says the first person he saw showing symptoms was a 61-year-old man. "I see this gentleman sitting down and I walk over to him and ask him what's going on in Spanish and he says, 'I feel pain.' And I asked the wife, 'what did he eat?' But he responded and he said, 'I ate a candy,"' security guard Raul Hernandez said.

And that candy is said to be a gummy candy that the fire department says didn't have any markings or labels to help trace where it came from.

The San Francisco Department of Public Health says they are not only testing the candy, but other items that were consumed at the party.

In addition, they're doing interviews to help them get to the bottom of what happened.

.@SF_DPH trying to determine if candy made 19 people sick at a Quinceanara. 3 kids in ICU. #Mission #SanFrancisco pic.twitter.com/gcqZyDXou0

#Mission venue where at least 15 people went to the hospital last night after getting sick. Candy may be the cause. pic.twitter.com/GrSJv7KAle