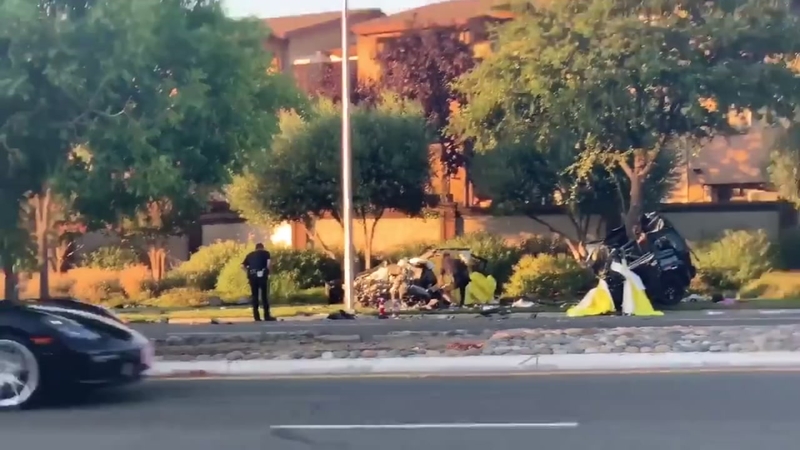 SAN JOSE, Calif. (KGO) -- Two people are dead after crashing their car while racing another car in San Jose Saturday, according to San Jose Police Department.

Police responded to the scene at Snell and Rosenbaum avenues around 6:22 pm.

They say it appears a "2014 black Jeep was racing a grey BMW northbound on Snell Avenue, north of Rosenbaum Avenue when the Jeep lost control and struck a tree located on the east side of Snell Avenue."

I spoke to neighbors who heard a screeching sound followed by this scene: a car split in half/wrapped around a tree.

Multiple neighbors ran to help the driver who died on scene.

The two males inside the Jeep were pronounced dead at the scene. Their identities are not being released until their families are notified.

Anyone with information regarding this investigation or can identify the BMW and its occupants are asked to contact Detective Eliseo Malvido of the San Jose Police Department's Traffic Investigations Unit at 408-277-4654.
Report a correction or typo
Related topics:
san josefatal crashstreet racingcollisioncrash
Copyright © 2021 KGO-TV. All Rights Reserved.
More Videos
From CNN Newsource affiliates
TOP STORIES