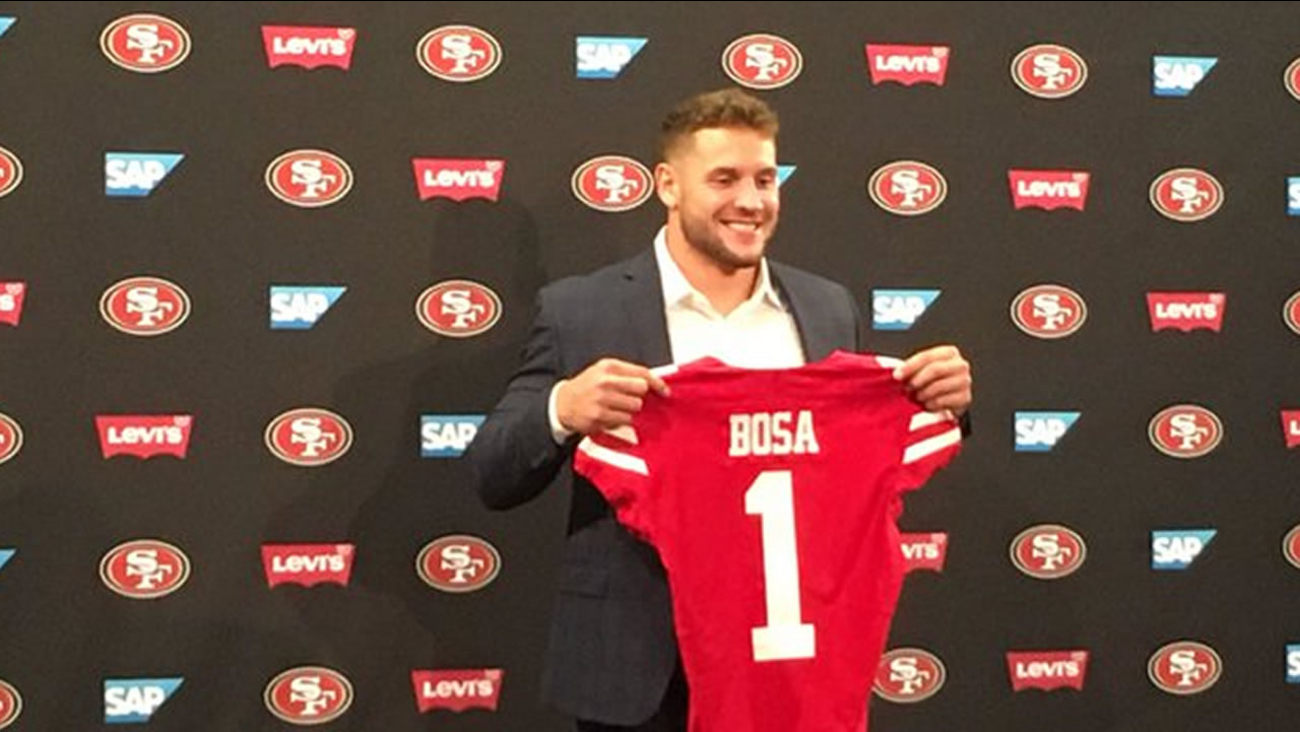 Nick Bosa holds up his 49ers jersey during a press conference on Friday, April 26. 2019 in San Francisco. (KGO-TV)

SAN FRANCISCO (KGO) -- The San Francisco 49ers held a press conference on Friday, where they introduced the newest member of the Red and Gold.

For the fourth time in five years, the 49ers took a defensive lineman with their first-round pick Thursday night, all in hopes of improving a pass rush that has been mediocre for several seasons. This time it's Ohio State's Nick Bosa, who hasn't played since suffering a season-ending injury last September.

Bosa does seem genuinely happy to be on the #49ers. pic.twitter.com/lWk91luzOf

Bosa believes that being in the Bay Area on his own is a great opportunity to grow and learn. #49ers

His parents are here at the press conference and he’s excited to go to dinner. Excited to start his own journey. Hasn’t had much downtime after being drafted. #49ers