WLS
LAKE WORTH, Fla. -- Another bizarre doorbell-licking incident was captured on camera, this time in Lake Worth, Florida.

In this latest video, recorded at about 6 a.m. on Jan. 24, a man is seen standing outside the homeowner's front door before leaning in to lick the video doorbell several times. The man is holding what appears to be a stack of newspapers or a phone book and pauses for a few seconds to point at various sections of what he's holding, though it's unclear what he's trying to point out. He leans in for a few last licks before turning away.

The homeowner was home in bed at the time and received a notification on her iPad that there was motion at her front door.

"I cannot even look at it," she said of the video, which became public after she shared it to the video doorbell company's app.

The homeowner said that the doorbell licker used to live in the neighborhood, but is now homeless and has issues with his mental health.

He is someone police "encounter on a frequent basis," according to Edgar Morley, public information officer for the Village of Palm Springs Police Department.

The man told police he was in fact at the residence where the incident occurred and said that the residents were friends of his, Morely said.

The event was recorded as a suspicious incident and the man is not facing any charges.

"Florida is weird, but I don't think we have any doorbell licking statutes," Morely said.

Police warned him to stay away from the home.

"I'm very glad I made the decision to install the system," the homeowner said. "You never know who may be licking your doorbell!" 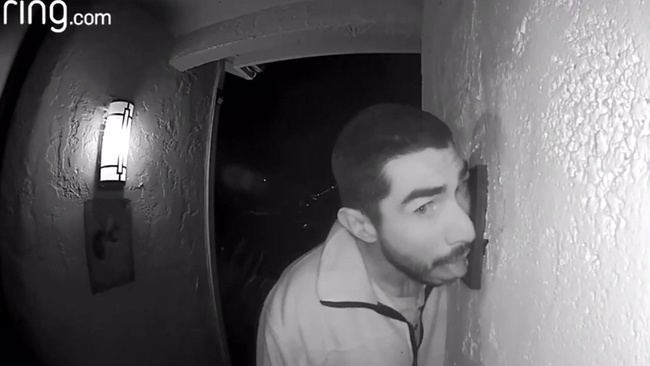