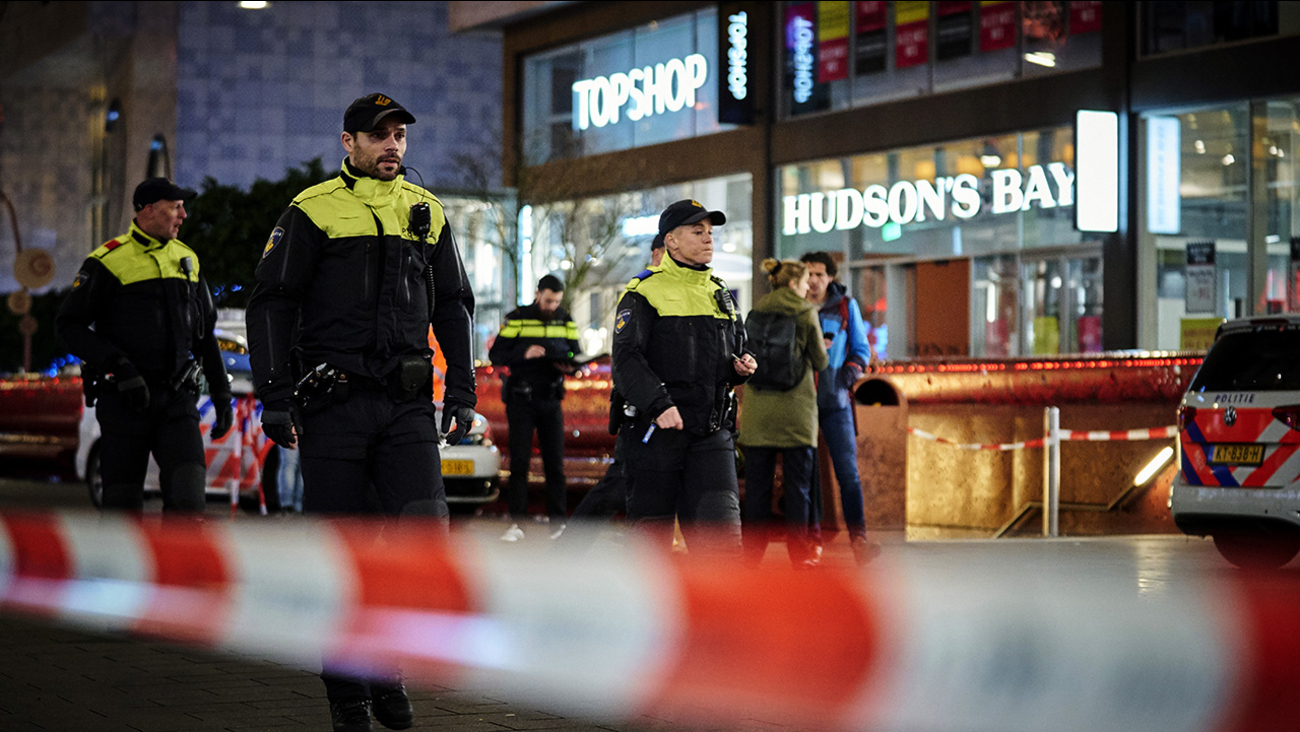 Dutch police secure a shopping street after a stabbing incident in the center of The Hague, Netherlands, Friday, Nov. 29, 2019. (AP Photo/Phil Nijhuis)

THE HAGUE, Netherlands -- Dutch police arrested a 35-year-old homeless man Saturday on suspicion of stabbing three teens on a street in The Hague that was crowded with Black Friday shoppers.

The man, whose identity wasn't released, was detained in The Hague early Saturday evening and taken to a police station for questioning, police spokeswoman Marije Kuiper said.

The victims, two 15-year-old girls and a 13-year-old boy, were treated in a hospital and released late Friday. Police said in a statement that they didn't know one another.

The victims have spoken to detectives.

Earlier, police said they were "using all our available means - visible and unseen - to find the suspect in this stabbing as soon as possible" and appealed for witnesses.

That included studying video footage from the area, where many surveillance cameras are located.

The attack in the Netherlands came hours after a man wearing a fake explosive vest stabbed several people in London, killing two, before he was fatally shot by officers. Police are treating it as a terrorist attack.

Dutch police say the motive for the stabbing in The Hague remains unknown. "We are keeping all scenarios open," their statement said.

The stabbing occurred around 7:45 p.m. in an area teeming with shoppers and close to the city's most popular nightlife centers.

Police cordoned off the area until deep into the night as forensics experts combed the street for clues.