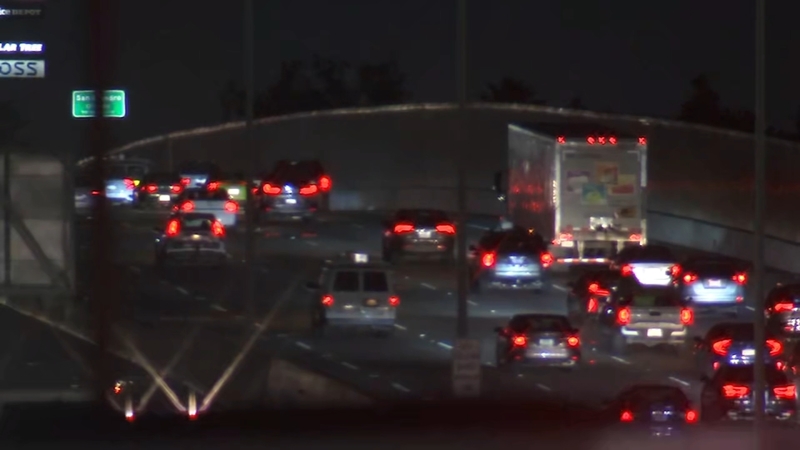 OAKLAND, Calif. (KGO) -- Since 1951, heavy-duty trucks have been banned from a portion of Interstate 580. Instead, truckers have had to use Interstate 880 to get through town.

"This is one of the few highways that has such a restriction of this nature in the country," said Alameda County Supervisor Nate Miley.

Miley says the truck ban on I-580 is having negative health impacts on primarily Black and Brown communities along the I-880 corridor.

It was one of the primary topics of discussion at a virtual town hall Miley hosted on the ban Thursday evening.

"People are facing cancers, they're facing asthma, as you pointed out, particulate matter. Young people have grown up with these health risks," Miley said.

The coronavirus pandemic is impacting the housing market today and people of color have been disproportionally impacted by systemic racism.

Margaret Gordon is the founder of the West Oakland Environmental Indicators Project. She says the ban's racist origin can be traced all the way back to the era of redlining when city leaders and planners intentionally tried to segregate communities of color.

"That was part of segregation from one community to the other community to be able to not endure the same type of lifestyle that shouldn't be happening to anybody. So on one side of Oakland that was a different lifestyle and health and prosperity compared to the other side," Gordon said.

But Supervisor Miley believes it's about more than just changing the roads that heavy trucks drive on. It's also about ensuring better air quality for everyone.

"We don't want to just take trucks and move them from I-880 to I-580 without doing something that's going to address the problems of the particulate matter because then we're just transferring one health risk from one community to another community," Miley said.

Miley is asking both Caltrans and the Bay Area Air Quality Management District to conduct studies of the ban over the coming 18 months. But warns any potential change will have to get approval from Sacramento lawmakers.