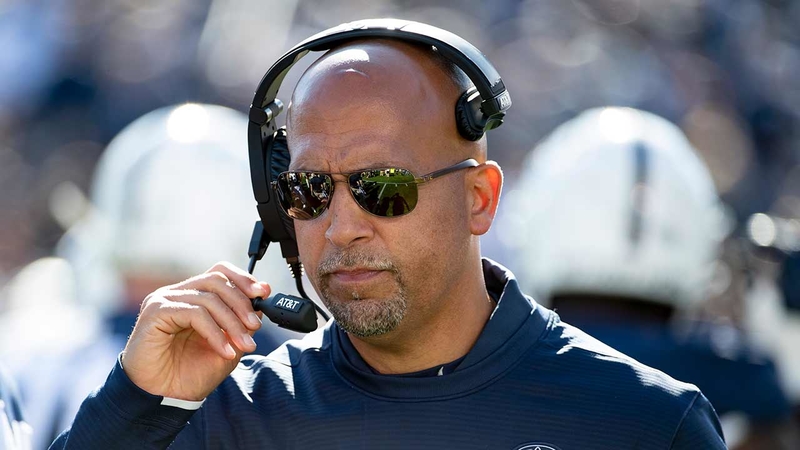 Penn State football coach James Franklin and several players have been named in a federal lawsuit filed by a former player, which includes allegations of hazing and then retaliation after it was reported.

That player, Isaiah Humphries, alleges in the complaint that he was subjected to physical restraint, simulation of sexual acts, and threats from other players including, "I am going to Sandusky you."

Jerry Sandusky, a former Penn State coach, is serving a prison sentence after his conviction on child sex abuse charges in 2012.

Humphries claims that the four players "collectively orchestrated, participated in, and/or facilitated a campaign to harass and haze lower classmen of the Penn State football team," which served as a form of initiation into the program.

Humphries details several incidents, including lower classmen being overpowered and wrestled to the ground by the hazers while one of them would "place his genitals on the face of the lower classmen."

The lawsuit also claims the hazers would put their genitals on the bodies of lower classmen while naked in the locker room shower.

The lawsuit claims both Humphries and his father Leonard, a former Penn State and NFL football player, reported the hazing to coach Franklin and other members of the coaching staff but "no substantive action was taken."
Humphries then alleges he was subjected to retaliation. He said his athletic performance was unfairly scrutinized, he was made to participate in drills designed to ensure his failure, and then that losing performance in the drills would be used to deny him an opportunity to play in games.

He said he was also subjected to "irrational and inappropriate censure" by the team's academic advisor, and the team denied necessary medical accommodations to "manage diagnosed conditions of anxiety and narcolepsy by the Penn State football coaching staff."

He claims the staff tried to remove him from the program "with the excuse of a medical retirement option."

Humphries left at the end of the 2018 season and transferred to the University of California.

In a statement, Penn State said:

The University has established processes in place for responding to claims of potential misconduct. In accordance with our processes, the Office of Sexual Misconduct Prevention and Response and the Office of Student Conduct carried out investigations of the plaintiff's claims independent from Intercollegiate Athletics.

In addition, Penn State police investigated related allegations and forwarded the results of that investigation to the Office of the Centre County District Attorney (DA). The DA reviewed the case and decided that no charges would be pursued.

University spokeswoman Lisa Marie Powers also tells Action News, "Based on extensive interviews, we did not learn of any information that would substantiate the claims... and no claims of hazing were substantiated against anyone."

Humphries is being represented by Philadelphia attorney Steven Marino, who told ESPN the incident is not isolated to just his client.

"Isaiah attended the school during the calendar year of 2018, he leaves Penn State to another school where he's offered a scholarship in December, 2018," Marino said. "The events that arise to an investigation conducted by Penn State's office of sexual misconduct and response, that doesn't arise until May 2019. That investigation was triggered by an anonymous tip and the source of that tip was not my client."

"This is a family with a football pedigree," Marino said. "The father knows the coaches and told them what was happening to his son as it was reported to him by his son. No affirmative action was taken to protect this student athlete at that time."