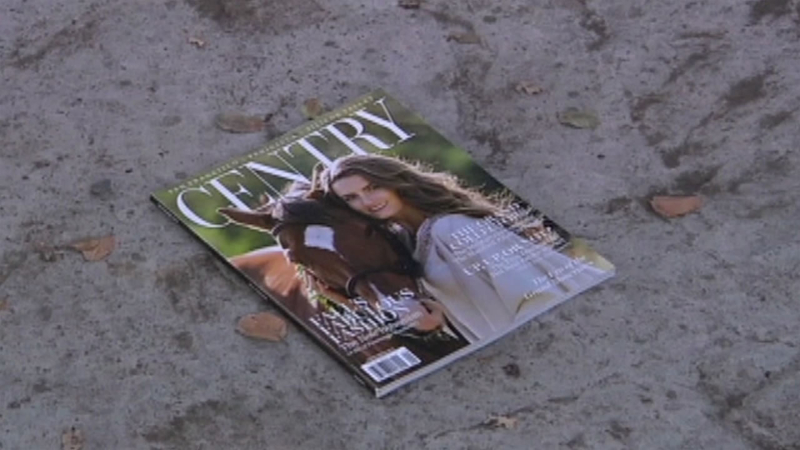 PALO ALTO, Calif. (KGO) -- Many people receive unwanted publications on their doorsteps and it can be a challenge to stop them from coming. One woman took her battle to the extreme.

It was a high-end magazine that serves affluent neighborhoods on the Peninsula. A Palo Alto resident didn't want it, couldn't stop it and finally resorted to a unique solution.

The magazine landed without invitation on the driveway of Lisa Peschcke-Koedt's Palo Alto home.

"The title itself really offended me," she said.

It was a glossy magazine about life on the Peninsula called Gentry.

She leafed through it, tossed it in the recycle bin. To her dismay, the magazine kept coming. Once every month and every month she tossed it.

"I just think it's such an environmental waste. I mean it's a glossy magazine," Peschcke-Koedt said.

She kept telling the delivery guys to stop deliveries. When they didn't, she got irritated.

"I wrote them saying stop, cease and desist," she said.

She sent a legal notice demanding Gentry stop delivering to her house, but added a kicker

The notice said, if Gentry delivered another copy, quote, "You thereby consent to pay us the sum of $500, plus postage.''

"It was a way of making them pay attention," she said.

And they did. Peschcke-Koedt got a personal reply. "Since you apparently are not interested in local people who are changing the world for the better, we have taken the liberty of putting your name on a no delivery list."

Yet, two months later the magazine came again. As promised, Peschcke-Koedt sent Gentry a bill for $500.

And still she kept getting it. Finally, she contacted 7 On Your Side. We went right to the folks at Gentry.

"Apparently, she's on a street where everybody else gets it," Floriani said.

Floriani said she didn't understand why Peschcke-Koedt was so upset.

"The easy thing would be for her to throw it away," Floriani said.

"It's an environmental waste and I think they should stop delivering it when I don't want it," Peschcke-Koedt said.