7 On Your Side: Things to know before traveling to Cuba 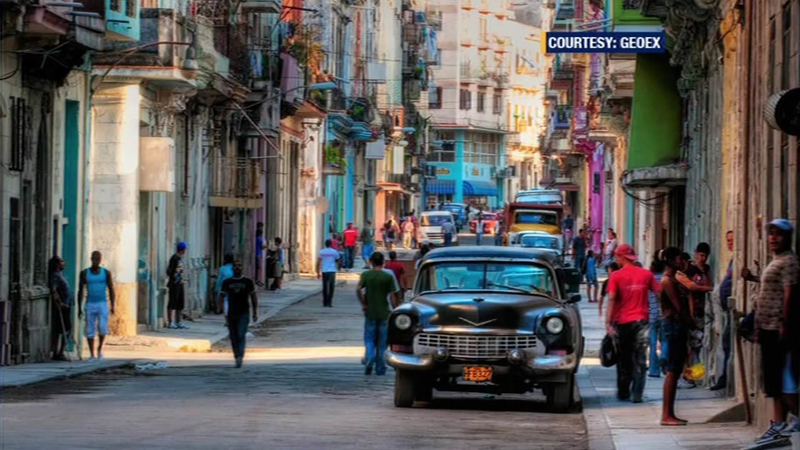 7 On Your Side: Things to know before traveling to Cuba

SAN FRANCISCO (KGO) -- MasterCard said it will allow the credit cards it has issued in the United States to be used in Cuba starting March 1. Cuba is the hot destination for travelers, now that the United States has begun to normalize relations after 50 years.

7 On Your Side looks at how you can get from there from here, but not on a scheduled commercial airline carrier and not just to sip rum on a beach. There are still barriers to Cuban travel.

"I wanted to go before Cuba changed, I wanted to see it as it was," Levich said.

In a photo taken in Cuba of her and her nephew, you can see the cars surrounding them are old classics. Cuba is accessible, but not easy.

"The phones have been ringing off the hook for Cuba. I think many travelers are enthralled by the idea of going to a place that has been both seemingly frozen in time and also off limits,"Jennine Cohen, managing director of Latin America for GeoEx, said.

Direct flights are not available between America and Cuba on commercial airliners, at least not yet. But charters are available for tourists who join a tour focused on culture or education.

"So as a tourist, you still have to travel with a U.S.-based tour operator or travel company, and so that has not changed. What has changed is now more travel companies will have the ability to operate in Cuba," Cohen said.

That means it is important to find the companies that have relationships in place.

"The people remind me of the 60's, it is a time warp. They are more carefree. They are not focused on their cellphone or the Internet or fashion or materialistic items. They don't have that in their consciousness," Levich said.