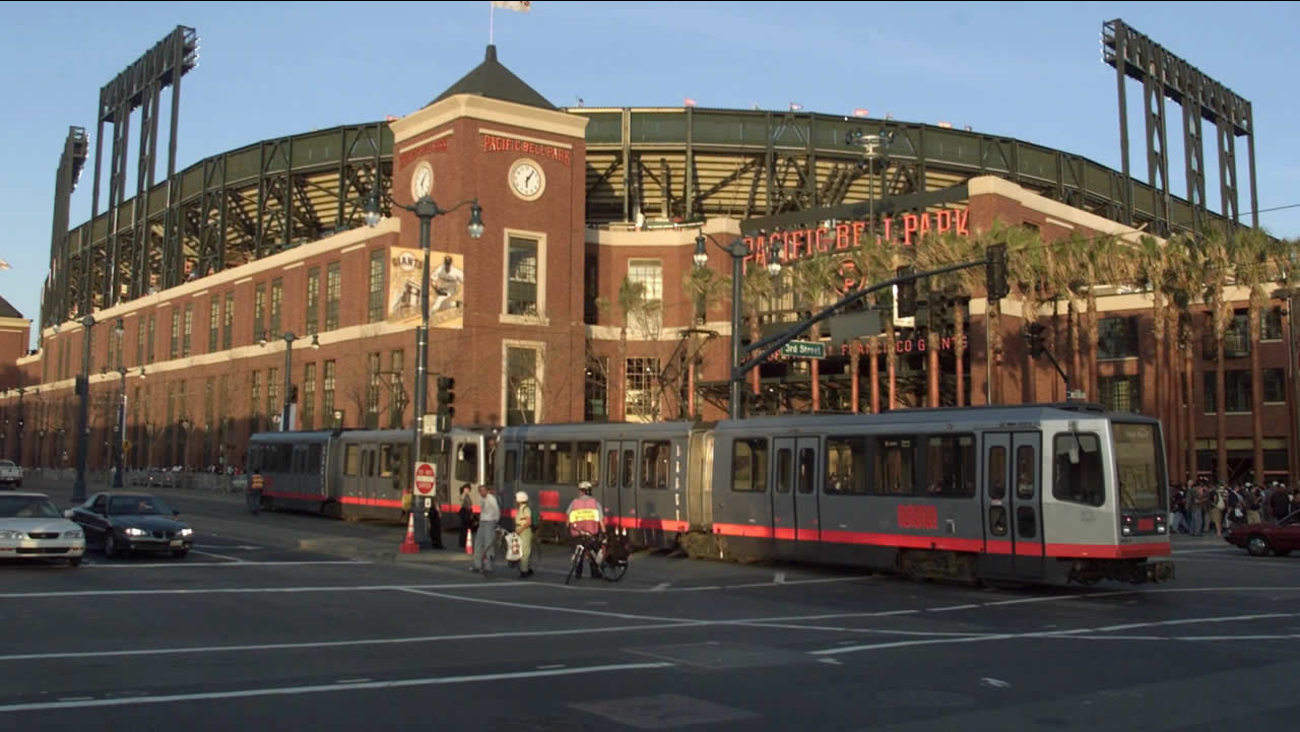 A MUNI streetcar rolls past the brick facade of the new Pacific Bell Park in San Francisco, in this March 31, 2000 photo. .(AP Photo/Eric Risberg)

Double stopping, the practice of allowing two trains to stop and let passengers off in the station at the same time, began Sunday at the Montgomery, Powell and Civic Center stations, according to Muni officials.

However, Muni officials realized that because of a software problem, some trains were not being announced until after they left the station, according to agency spokesman Paul Rose.

"This is the first time we were able to see it in action in real time, so we made a decision that we needed to fix that before moving forward," Rose said.

The capacity for double stopping is part of a larger software upgrade. Rose said Muni is now working with the software's manufacturer on a fix for the announcement issue, but does not have a timeline for its completion.

Intended to allow riders to disembark more quickly at the busiest stations, double stopping will be used only during times of congestion such as peak commute hours.

SFMTA officials said riders have expressed dissatisfaction with having to wait inside a train while passengers get off of the train up ahead.