Rally held in East Bay to support those facing deportation 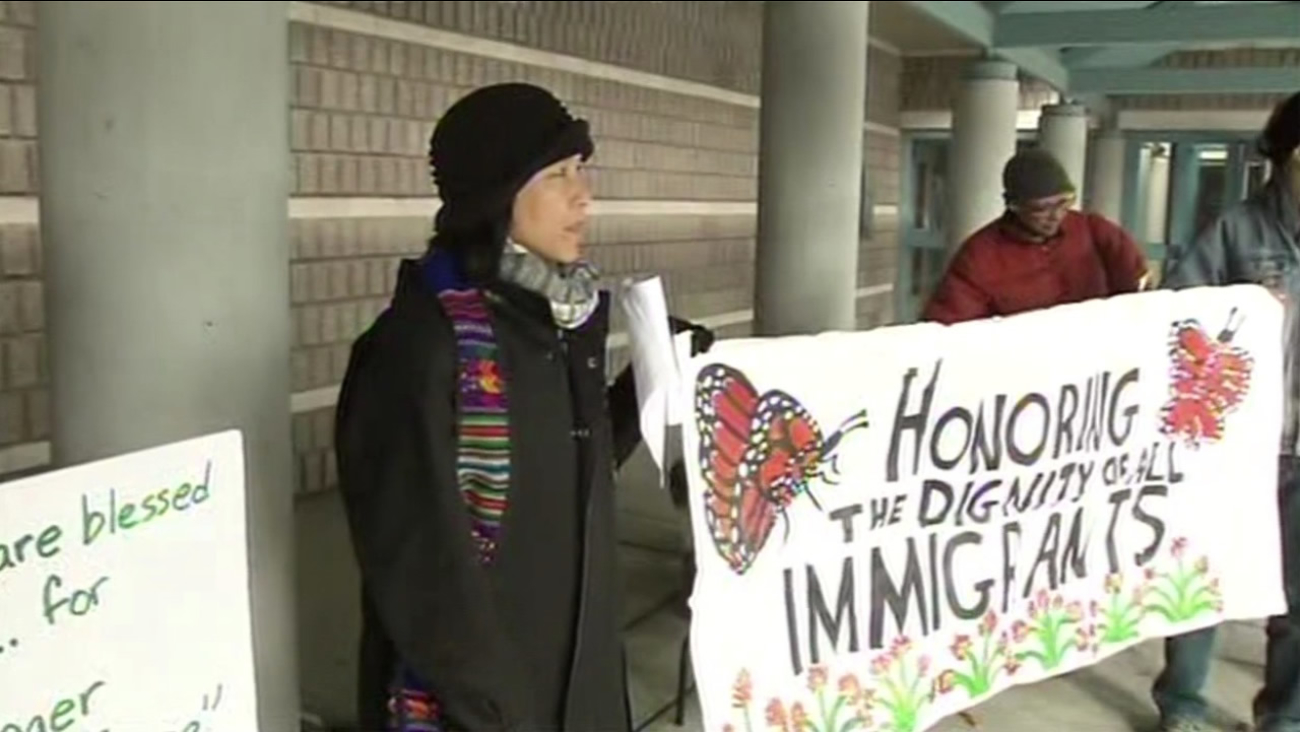 A vigil and rally was held outside the West County Detention Facility in Richmond, Calif., on Saturday,January 2, 2016, to support those facing deportation from the Bay Area. (KGO-TV)

RICHMOND, Calif. (KGO) -- A vigil and rally was held in the East Bay on Saturday to support those facing deportation in the Bay Area.

Supporters gathered outside the West County Detention Facility in Richmond.

Activists held signs and sang songs as part of an interfaith movement for humanity.

If approved by the White House, the Department of Homeland Security could soon start deporting Central American immigrants living in the U.S. here illegally since 2014.

"There are families and children who have come here, fleeing for their lives and they should be treated with protection, legal representation - due process, and not be returned to violent places where they may face certain death," explained Rev. Deborah Lee with the United Church of Christ.

Officials say those targeted for deportation had their requests for asylum rejected by immigration judges.