Package Purgatory: Online purchase is lost in transit. Who's responsible? 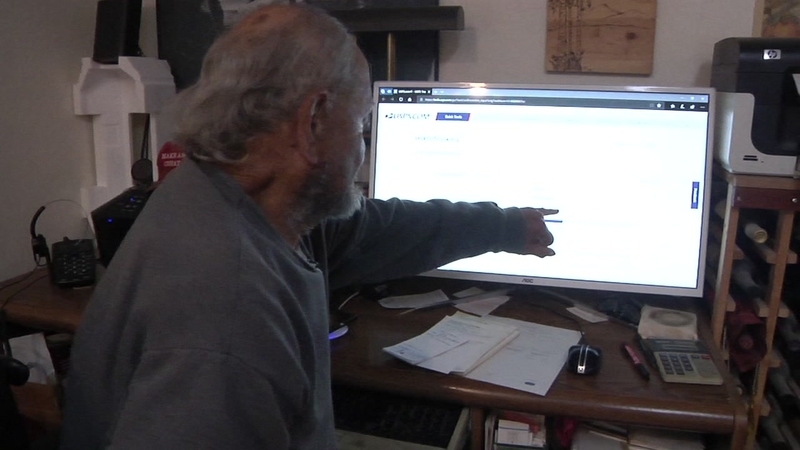 Online purchase is lost in transit. Who's responsible?

SAN LORENZO, Calif. (KGO) -- Online shopping is quick and convenient -- but what if you don't receive your shipment? An East Bay man says his merchandise from overseas never arrived. And no one would take responsibility. 7 On Your Side's Michael Finney helped him out.

Gordon Beaver's package got stuck in transit. Months later, it was still stuck in transit. The shipper denied a refund. The package was not insured. So does the consumer have to take the loss in that situation? That's when he came to 7 On Your Side.

Beaver was so pleased with his solar-powered backyard lights, he wanted more. "This lights up like a football field!" he said. "Motion detectors would turn on the lights and I'd know where my animals were."

So, he ordered another set of lights from the same company in China. The package made it all the way to San Francisco -- but stopped there.

The tracking shows the package last seen at the Postal Service shipping center -- way back in January. Beaver called the post office.

"She said, it's in transit you'll have to wait, it takes a long time to get out of there."

But five months? Beaver said he was upset he paid for something he never got. "$106.95... when you sell something and don't deliver it, kind of makes me upset."

He contacted 7 On Your Side, and when we checked, the package was still listed in transit. We got the postal service to search for it, but no luck.

However, Beaver had paid for the lights through PayPal. And when we told PayPal he never got his package, it agreed to refund his money.

PayPal's protection policy says if you order something online and it never arrives, PayPal will refund your money. In this case, PayPal was waiting for the Postal Service to confirm his shipment was lost.