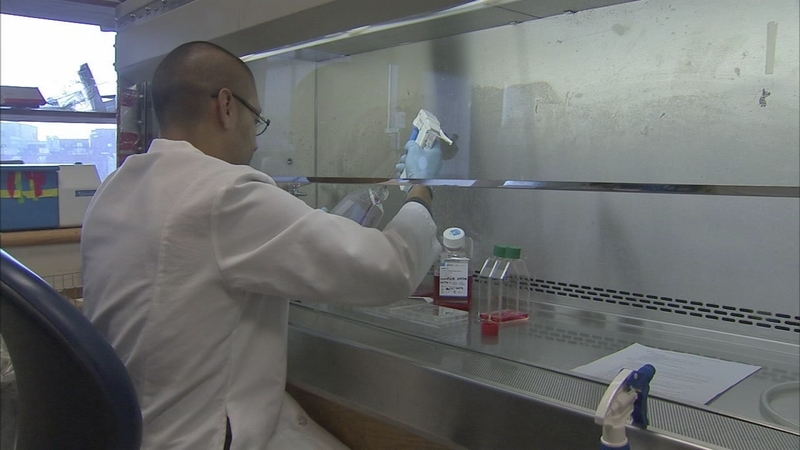 SAN FRANCISCO (KGO) -- There's a sign of hope for people with HIV -- a 9-year-old South African girl has surprised AIDS researchers as she continues to show no symptoms of the HIV virus. The girl was born with the virus but received early treatment. The case was presented Monday at the AIDS conference in Paris.

There have been other cases where treatment didn't work or the virus eventually reappeared. This case is rare, but it seems to suggest that babies who are infected and treated right away may someday not need a life of treatment.
At the AIDS conference in Paris, it was reported that the number of people living with HIV is startling. According to the United Nations, as of 2016, there are more than 36 million around the world. Only about half are able to have access to treatment.

The results of one of the most promising studies also came out Monday.

A 9-year old South African girl was diagnosed when she was only 30 days old, a newborn. Treatment began at 8.5 weeks and then continued for a total of 40 weeks.

"Was on treatment for about 40 weeks and then treatment was interrupted and the child has had undetectable viral load for the duration right up until now," said communicable diseases expert Caroline Tiemessen.

The child was part of a clinical trial to see the effects of treating HIV-positive babies in the first weeks of life.

Now it raises the possibility that treating babies early could prevent them from taking HIV drugs their entire lives.

"It doesn't have specific relevance to infants in San Francisco but you're right throughout the world there are millions and millions of infants who become infected," said Stephanie Cohen, M.D., with the San Francisco City Clinic.

Researchers say other unknown factors may have contributed to the child's remission.

"I think the challenge is to try to pin down exactly what were the events that led to this in this child and what it is that's very special in this case," Tiemessen said.