There are projections air taxis could be doing 1.5 million rides a year over Silicon Valley, with NASA helping manage air traffic.
KGO
By David Louie 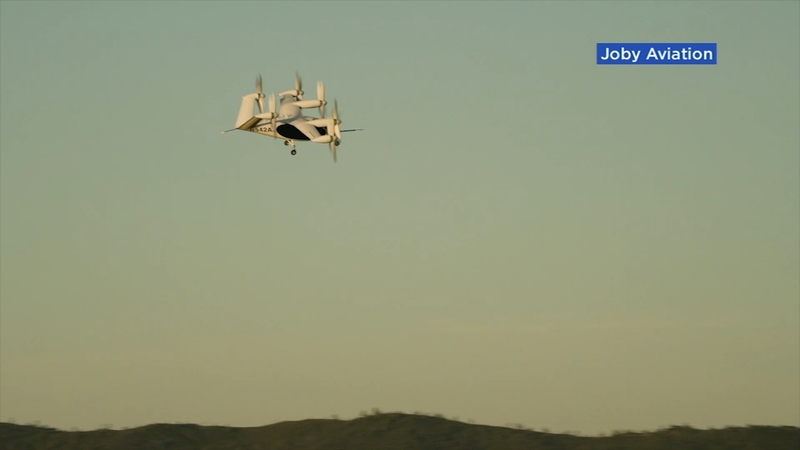 SAN JOSE, Calif. (KGO) -- The next challenge facing major cities is going to be air traffic, the result of new manned and autonomous aircrafts to transport people and goods.

You're already familiar with drones. Air taxis are expected to be the next ride hailing service. San Jose and other cities are scrambling to prepare and to manage them.

As if congested streets and freeways aren't challenging enough, the next concern is an explosion in air traffic from delivery drones and a new generation of vertical lift transport vehicles, known as air taxis. There are projections air taxis could be doing one and a half million rides a year over Silicon Valley.

"That's four times what's flying in the air today, and so how do we integrate that into this area both with safety but also noise, other quality of life. It's a big deal," said Hugh Martin, Lacuna Technologies CEO. Lacuna is a Palo Alto company that helps cities navigate the emerging changes in mobility.

San Jose, Los Angeles and San Francisco are part of a 38-city group called the Open Mobility Foundation that's trying to get ahead of the fast-developing technology. Ramses Madou is the group's vice chair.

Imagine a way to fly over traffic congestion that also produces zero emissions like an electric vehicle. The solution is on the horizon.

"We need to make sure the systems are operated in a safe way and without blight, buzzing, rotor blades running above your house constantly," said Madou, who is also San Jose's transportation planning, policy and sustainability manager.

Technology has a way of moving faster than planners expect. For example, electric scooters suddenly appeared. That led to a scramble to regulate them, and in some cases, to geo-fence them, disabling them in certain areas.

"Moving from that world to thousands of drones and aerial taxis and using software to manage it... Cities are going to have to come up the learning curve pretty rapidly," said Lacuna's Martin.

The clock is ticking with test flights making their deployment perhaps in three or four years. And a big question is, where will they pick up and drop off passengers? High-rise rooftops are likely, but all of downtown San Jose is in its airport's flight path.

"The idea that these devices would spring up over these buildings into the flight path of those larger planes is probably a non-starter," said Madou.

Public input will also be needed.