"All the messages from other trans people that have seen me on the show that have been excited, stoked, or inspired."
KGO
By Kristen Sze and Paige McIntyre 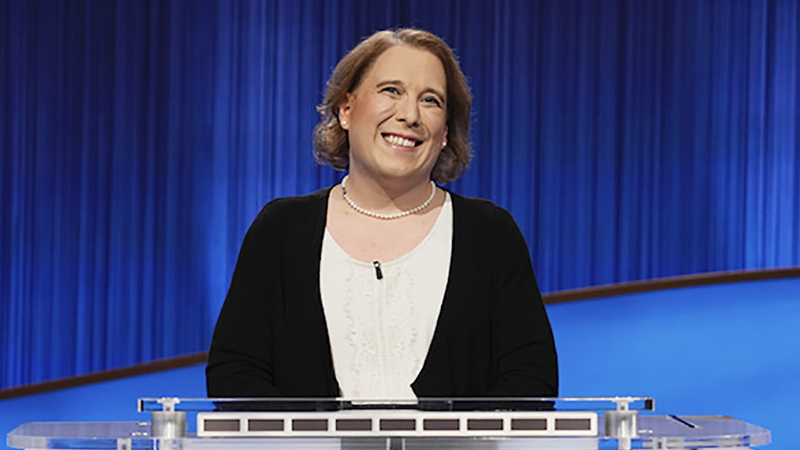 SAN FRANCISCO (KGO) -- Like many across the U.S. and right here in the Bay Area we were heartbroken to see Oakland's own Amy Schneider's historic "Jeopardy!" run come to an end Wednesday night.

For weeks she graced our TV screens correctly answering question after question until she became the show's winningest woman.

RELATED: 'Jeopardy!' super champ Amy Schneider talks being 1st of many, challenged to trivia on ABC7

To say the Bay Area is proud would be an understatement.

Schneider joined ABC7's Kristen Sze on Getting Answers at 3 p.m. to reflect on her historic run, talk about her love for Oakland and what's next.

When asked about how the last 24 hours have been for her, Schneider said her phone has been blowing up and although it's been wild she says it's been good.

Schneider, who is transgender, also gave some insight into what she has cherished most from this experience.

"All the messages from other trans people that have seen me on the show that have been excited, stoked, or inspired," said Schneider.

The Oakland resident, who admits she is not a native, expressed her love for The Town, saying she fell in love as soon as she moved.

"My expectation is I'll live here the rest of my life," said Schneider.

As for what's next for the champ?

Well, Schneider says she is going to keep her day job as an engineering manager but she has started working on a book.

Watch the full interview in our media player above