'Jeopardy!' super champ Amy Schneider talks being 1st of many, challenged to trivia on ABC7 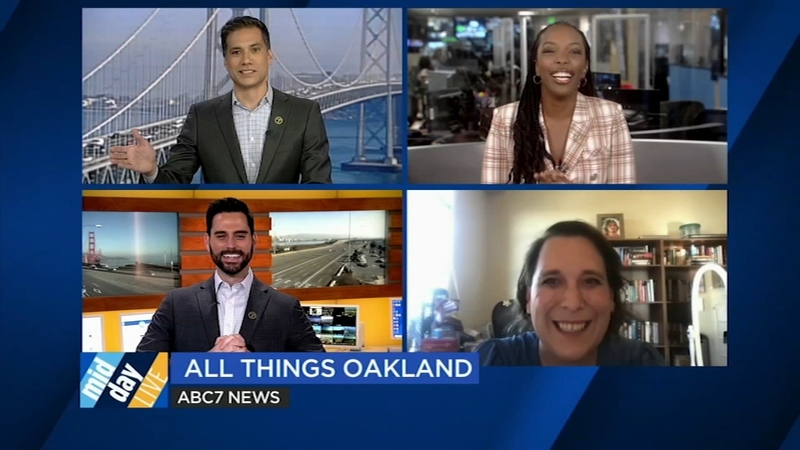 Schneider, an engineering manager from Oakland, has been making history on the show. She's the best woman to ever play the game and the first openly trans person to make it to the tournament of champions. Last month she became the first trans woman to qualify for the show's Tournament of Champions, the annual competition featuring the players with the most wins from the past season.

The super champ spoke with ABC7's Jobina Fortson Wednesday about being the first of many, and opening doors for those who are underrepresented.

"It's just been really great to know that I've been able to do a lot of good as I'm doing it, just by being myself, representing my community," she said.

The Queen of Questions joined Midday for a "Non-Jeopardy Fill-in the Blank" challenge for a trivia on all things Oakland. How did she do? Let's say she went easy on our team.

"Jeopardy!" super champ and Oakland resident Amy Schneider was invited to her first Warriors game at the team's new digs in San Francisco.