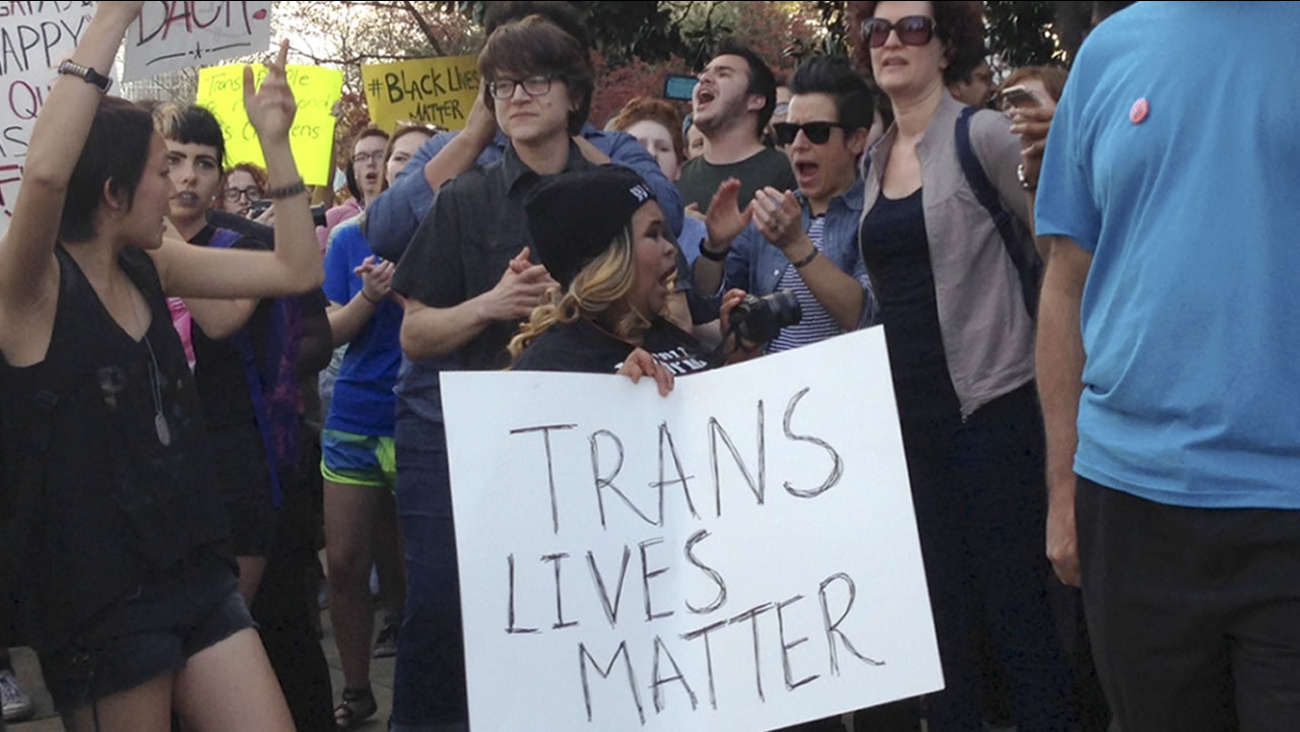 SAN FRANCISCO (KGO) -- San Francisco Mayor Ed Lee and tech companies Google, Apple and Facebook are among those in the Bay Area speaking out against the North Carolina law that bars municipalities from adopting their own anti-discrimination ordinances.

It essentially targets provisions allowing transgender people to use bathrooms that align with their identity.

In a statement, the mayor says, "We are standing united as San Franciscans to condemn North Carolina's new discriminatory law that turns back the clock on protecting the rights of all Americans including lesbian, gay, bisexual and transgender individuals."

Apple operates a major data center in North Carolina. It issued a statement saying we need to focus on inclusion and prosperity, not discrimination and division.

Supervisor Scott Weiner added his voice to the chorus of condemnation. "It takes the entire LGBT community and turns us into second-class citizens by saying the law cannot protect you. You are outside the law," Weiner said.

Tech workers ABC7 News spoke to believe it's important for high profile companies to speak out for equality but they also recognize North Carolina is not as progressive as California.