CHP arrested the man who made the YouTube video showing bikers performing stunts and taunting a CHP officer on I-680 from earlier this month.

SAN JOSE, Calif. (KGO) -- It looked like a scene out of a major motion picture - motorcyclists doing stunts at high speeds on along I-680 through Milpitas earlier this month, all while taunting a CHP officer trying to pull them over. 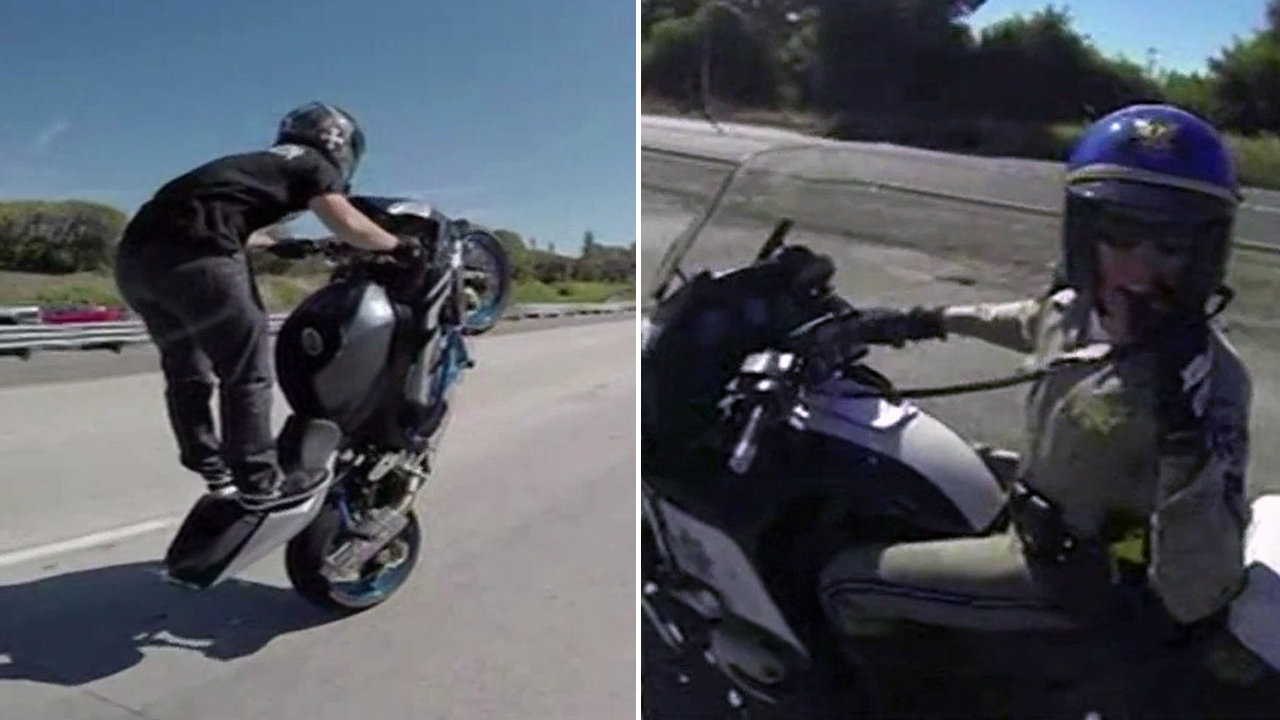