Arrest made in Mountain View cold case rape from 2004

KGO
By Chris Nguyen
MOUNTAIN VIEW, Calif. (KGO) -- After 16 years of working to find a rapist, police in Mountain View can now say they are one step closer to delivering justice for a sexual assault survivor after a DNA match led them to an out-of-state suspect.

Van Overton, Jr., of Albuquerque, New Mexico was arrested and extradited to Santa Clara County this week after DNA evidence linked him to a February 2004 sexual assault at the former Lucky U Motel on Fairchild Drive.

"There are certain cases that never leave you," said Mountain View Police Captain Jessica Nowaski. "You remember that anniversary... you remember the statement."

Nowaski responded to the motel after getting word that a man had broken into a woman's room and sexually assaulted her. He was able to get away, but left behind DNA on a pillow, which was then submitted to the national database known as CODIS.

"We knew we had our suspect's profile in the system and eventually we were going to be able to track that person down one way or another," said Nowaski.

A break came last month as officials in New Mexico were working their way through a years-long backlog of rape kits. An unknown sample from a 1997 assault in Albuquerque, which had just been entered into CODIS, seemed to match the DNA from Mountain View.

Within weeks, Mountain View police narrowed in on Overton and were able to serve him with a warrant to obtain a DNA sample. Last week, the Santa Clara County Crime Lab says it was able to confirm that his DNA matched the evidence from both cases.

"It can encourage victims, that yes, it might take a while, but it is possible to find the person who hurt them," said Santa Clara County Deputy District Attorney Barbara Cathcart. "There were times when there were no leads, and yet, they continued to do everything they could to find justice for her."

Overton was arrested on various sexual assault charges, including forced oral copulation and burglary with the intention to commit rape. He now faces 15 years to life in prison, and is being held without bail at the Santa Clara County Jail in San Jose.

"I want this community to know that no matter what your case is, we're not going to give up," said Nowaski. "We need to bring people to justice to keep people safe and that's what we're here to do."
Report a correction or typo
Related topics:
mountain viewrapecrimearrestcold case
Copyright © 2020 KGO-TV. All Rights Reserved.
COLD CASE 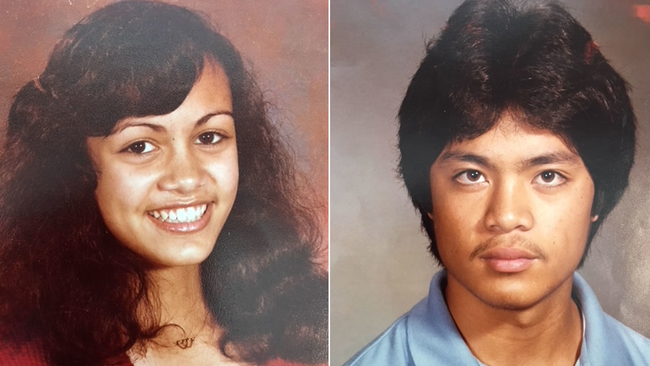