Nearly half of Black and Latino families own homes in Bay Area compared to white and Asian families, according to data.
KGO
By Stephanie Sierra and Lindsey Feingold 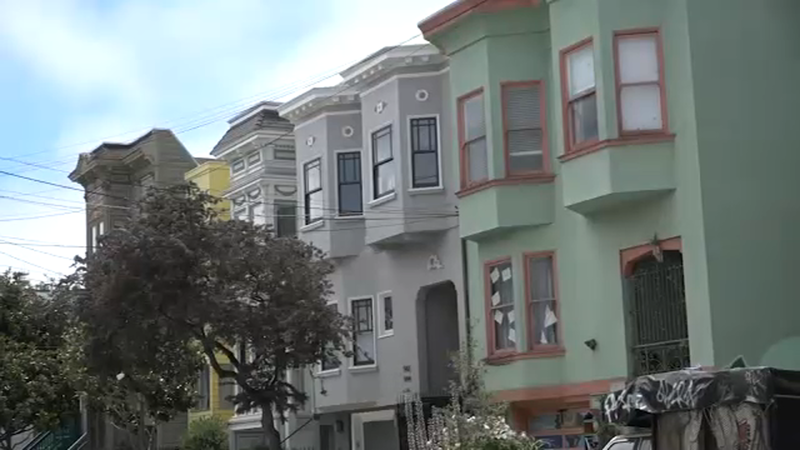 SAN FRANCISCO (KGO) -- Boris Quinonez, a resident of San Francisco, moved to the city more than 30 years ago. Around 2010 he tried purchasing a single-family home in the city's Mission District but was denied by his lender at least three times.

He and Bill had the same job, same down payment, very similar credit score and they lived in the same neighborhood.

The only difference between the two was race.

"He was white and I wasn't," Quinonez said. "Everything else was the same."

ABC7's data analysis found in his zip code 94110, San Francisco's Mission District and the heart of the city's Latino Cultural District, less than half of Latino families actually own their homes compared to white families. That same trend is seen across the Bay Area for both Latino and Black households.

"The problem of homeownership for all Californians has gotten worse, but especially for people of color," said Dan Dunmoyer, the President and CEO of the California Building Industry Association.

Homeownership for Black families in the Bay Area and across parts of California is at a lower level than in the 1960's during the Civil Rights Movement, according to Dunmoyer.

"That's at a time where sadly in our history, we allowed in our governance and deeds to exclude people of color as a nation and a state. The state of California allowed that," Dunmoyer said. "That should have been our low point in our history as a country."

Jones, an aspiring therapist, has always dreamed of owning a home in the Bay Area but could never afford the down payment. Now, she rents in a subsidized housing development in San Francisco.

Unable to buy a home, she worries she might have to leave the area.

"My fear is once I do start working I won't be able to live in subsidized housing," Jones said. "I will have to move out, because I can't afford where I'm from anymore."

Multiple groups state-wide are working toward solutions that could alleviate the current housing situation.

The California Finance Housing Agency, an independent state agency within the California Department of Housing and Community Development, is one of those groups. Earlier this year it launched a campaign called Building Black Wealth to address the homeownership gap.

Ashley Garner, the Community Outreach Coordinator for the agency, currently leads the initiative. It focuses on education and outreach to combat the gap.

"When we did research, it actually showed that the reason Black home buyers were getting denied was due to lack of credit, education, and their (debt-to-income ratio)... having that support that's needed is crucial to reaching the goal of homeownership for this community," she said.

Micah Weinberg is CEO of California Forward, a non-profit that focuses on economic policy and reform. He said the way to fix the homeownership gap is through building more affordable housing.

"There's no amount of money that can address racial inequity in the absence of substantially more homes... you can't subsidize people's access to something that doesn't exist."

One of the company's priority actions for 2021 is supporting legislation that allows for commercially zoned sites to be redeveloped for housing.

Currently, Quinonez's dream of owning his own home is still out of reach.