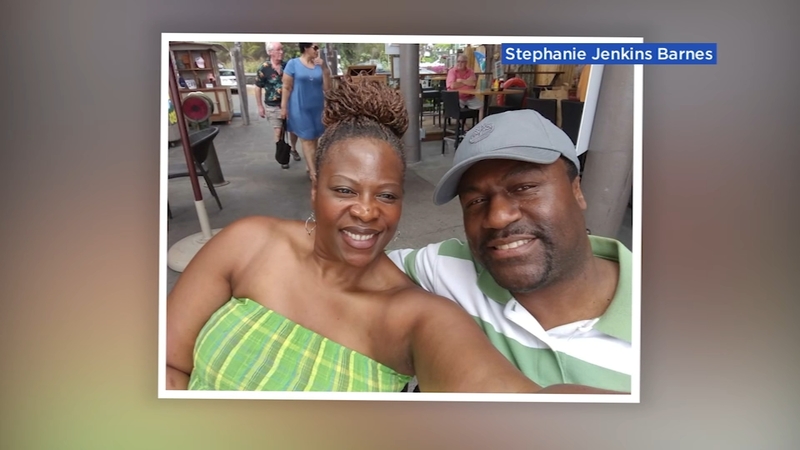 OAKLAND, Calif. (KGO) -- The Barnes family knew something was off after an appraisal on their West Oakland home came in at $750,000 flat. The family had a hunch because they've seen ABC7's ongoing coverage of racially biased appraisals across the Bay Area.

First the Austin family in Marin City, then the Curtis family in West Oakland, Braunz Courtney in East Oakland, and now the Barnes family adds their name to the list of families who have shared their story of appraisal discrimination with ABC7 News Race, Culture, and Social Justice Reporter Julian Glover.

"How could the other appraiser be so off? We're not off, she's off. 'How can she be so off?' is my question," said Stephanie Barnes Jenkins.

The Barnes family received an appraisal of their home for $849,000 from a lender in January as they were looking to refinance.

Confident they could find better rates elsewhere, the family turned to loanDepot. The lender ordered a new appraisal, which is standard.

"I'm not worried. I'm not concerned because we've already had one done. (The appraiser) takes the pictures. And when I get the appraisal back, she gives me an appraisal for $750,000," said Barnes, "She missed a whole hundred thousand dollars."

That's when Barnes reached out to our Julian Glover. He suggested the family ask for what's called a reconsideration of value and file a complaint with the lender.

As the family waited for the reconsideration they were left feeling wronged solely based on the color of their skin.

After two weeks, the lender sent the Barnes an updated appraisal.

The same appraiser adjusted the value, which is standard in a reconsideration of value.

ABC7 News reached out to loanDepot for a comment and received the following statement from a spokesperson:

"Appraisals are conducted by independent appraisal companies and typically based on comparable properties in the area. While loanDepot is not an appraisal company and did not provide a valuation of this property, we expect fair and equitable treatment of all customers. We take the issues raised very seriously and are in the process of conducting a thorough review of this customer's concerns."

The appraised value went up, but so did the fees.

"It's like okay, I'm gonna take the knife out, but I'm going to twist it on my way out," said Barnes.

However, with the adjusted appraised value the loan-to-value ratio (the appraised price of the home compared to the mortgage amount) was askew.

With the mortgage being more than 70% of the appraised price the fees to close the deal increased.

The Barnes family is now fighting the fees, but said they plan to go with the lender because rates have now increased.

It's a small victory in a battle that shouldn't have happened in the first place.

"We want other people to know there are avenues like ABC7 that can help them navigate through these murky waters," said Del Barnes.

Discrimination in the housing market is systemic and detrimental to marginalized people with consequences suffered across generations.

The study found the differences in homes and neighborhood quality don't explain the devaluation of homes in black neighborhoods.

The study showed homes in the Bay Area's Black neighborhoods are valued at 27% less than homes of similar quality in white neighborhoods: a difference of $164,000 on average, among the worse differences in the nation.