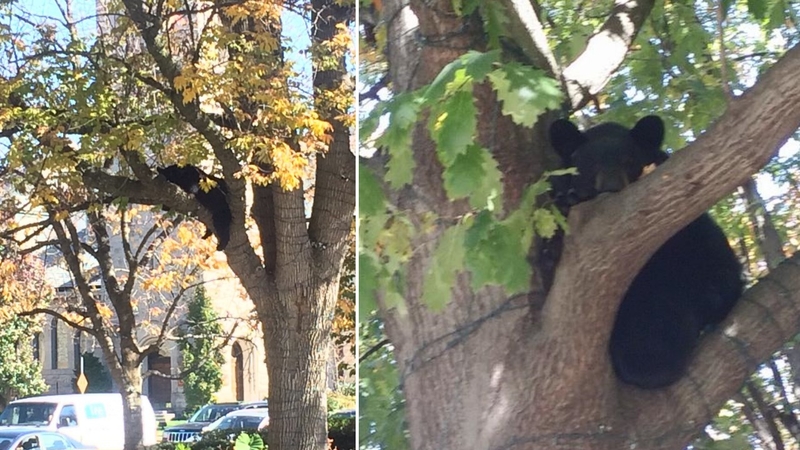 MORRISTOWN, N.J. -- A bear was making itself at home in a tree in a Morris County park Monday, and it was the talk of the town.

The bear was resting in a tree at Morristown Green in Morristown, but was tranquilized so it could be removed. Nobody was hurt, and the bear is fine.

The Department of Environmental Protection said police were trying to disperse the crowd so the bear would come down and mosey out of town into the woods, but since that did not work, they tranquilized it.

While the bear was in the tree people shot video and took some photos.

Here is some video showing the bear moving around and then climbing down out of the tree:

And here are some photos posted by people nearby:

Go out to get some @starbucks and spot a bear hanging in the tree in center of Morristown! Cc @ShepNewsTeam pic.twitter.com/RxaEwHGXst

There's a bear in a tree in #morristown. Day isn't getting much better than that. pic.twitter.com/yHhiMARtYR

And this one shows the bear on the ground wandering around:


The DEP said the bear is a male and weighs 247 pounds, which is considered a medium-sized bear. It's being relocated to a state-owned forest.