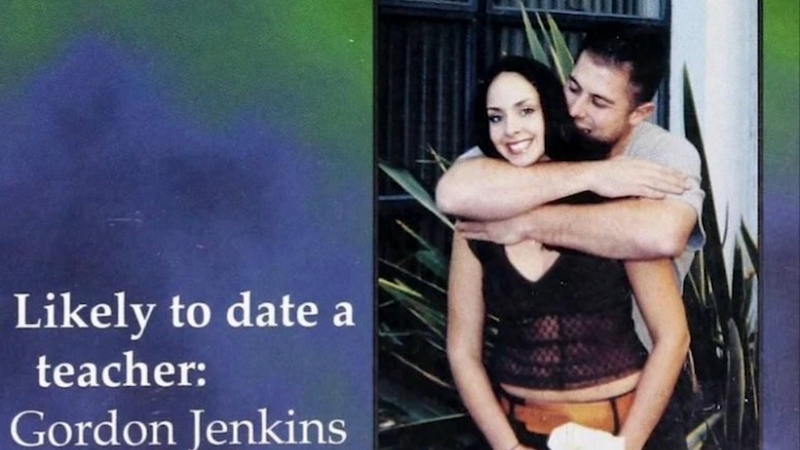 In a yearbook photo, Bissell has his arms around former Berkeley High School student Rachel Phillips, who was voted most likely to date a teacher.

"We were going to just stand over there to take the photo and he grabbed me from behind and he licked my ear and he bit it and that's about when that photo was taken," Phillips told the ABC7 News I-Team.

"I was voted most likely to date a teacher because of my relationship with Matthew Bissell which was nothing more than daily sexual harassment," she said.

Phillips was on the volleyball team and says Bissill was a football coach.

"He would lurk around where the girls volleyball team would run around the field using the Berkeley High track," said Phillips.

She also says he was her chemistry teacher.

The lawsuit alleges Bissill touched Phillips inappropriately, including licking and kissing her ear and neck, told her she smelled good and had blossomed over the summer.

"Even to this day I can feel it in my throat, I get like sweaty kind of thinking about it," said Phillips. According to the complaint, the alleged assaults happened in various parts of the school, including the hallway near the locker rooms.

"It just made me feel absolutely dirty and disgusting when he would put his hand on me. My heart would seize up. In my core, I just knew it was wrong," said Phillips.

"I was getting this attention from him every day," she said.

Phillips says she reported it to her coaches and the athletic director at the time.

"She was ignored by everybody," said Winer.

On Oct. 9, 2020, Phillips filed a complaint with the high school against Bissell. According to an April 9, 2021 letter, the district notified Phillips there was sufficient evidence to substantiate her allegations.

In a statement, the Berkeley Unified School District's Superintendent tells the I-Team, "Mr. Bissell is no longer an employee of the Berkeley Unified School District. The District is unable to provide comment on personnel matters. We do take allegations of sexual harassment and abuse very seriously and are committed to investigating those complaints as they come to us."

"He should have been fired at the time Rachel was a student," said Winer.

"It's over," said Phillips.

The I-Team reached Bissill by phone. He did not provide a comment.