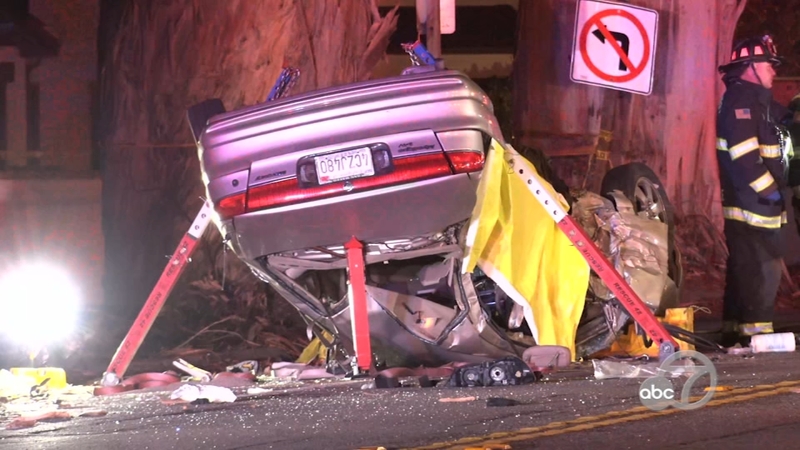 BURLINGAME, Calif. (KGO) -- Two people are dead and one is left in critical condition after a rollover crash in Burlingame that happened Monday just after midnight, police said.

Shortly after midnight, a car with three people inside slammed into a tree on El Camino Real and Broadway.

Two died from the collision and one is in critical condition at a hospital.

According to authorities, no one was wearing their seatbelts. They say "speed" and "weather" played a role in the crash.