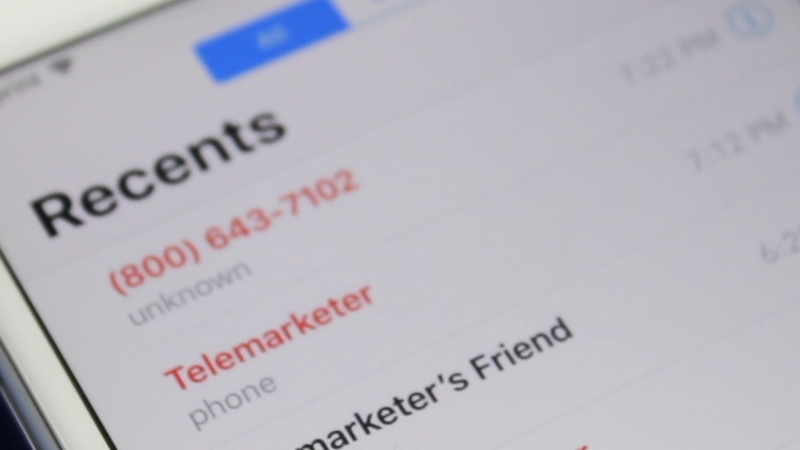 The Federal Communications Commission just fined a man in Miami, Florida $120 million for spoofing robocalls. It is the largest-ever fine by the FCC.

The organization says the man and his businesses made almost 100 million spoofed robocalls over a period of just three months.

To increase chances that someone would pick up the call, the FCC says Adrian Abramovich's operation spoofed the caller's number - or mimicked it so that the call looked like it was coming from a local number.

The calls said they were from well-known companies like Marriott, Expedia, Hilton, and TripAdvisor and advertised vacation deals.

Instead, victims were transferred to international call centers where operators tried to sell them vacation packages or timeshares.

Two automakers announce recalls you need to know about today - Jeep and Smart.

Fiat Chrysler is recalling more than 325 thousand older-model Jeep Liberty SUVs. The company says a suspension problem in 2004 - 2007 vehicles could allow water into the controls, which could cause rust and cracks.
The company says it is aware of one crash, but no one was hurt.

Mercedes-Benz is recalling almost 43 thousand Smart cars because the engines can catch fire.

The recall impacts 2008 - 2009 cabrio and coupe vehicles. Mercedes says an insulation mat could deform, deteriorate, and loosen over time, which could cause a fire.

The company has 27 reports of engine fires with one person hurt.

In both recalls, dealers will replace parts at no cost.

More retailers are offering deals to customers who never used the balance on their now-defunct Toys "R" Us gift cards.

Through Saturday, Michael's stores will give customers $5 off a $20 purchase just for showing your Toys "R" Us gift card.

Last week, we told you Kmart will give points to members of its loyalty club, who turn in unused Toys "R" Us cards.

That offer is worth $10, potentially $15 if you purchase just toys. Babies "R" Us cards will also be accepted at both Michael's and Kmart.