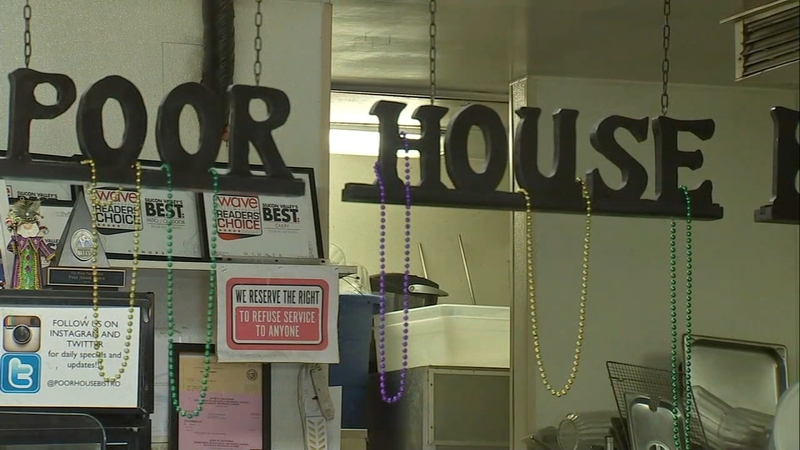 SAN JOSE, Calif. (KGO) -- By the end of the year, Poor House Bistro plans to have its beignets, business, and building packed up and ready to go.

Meduri opened doors along Autumn Street in 2005. He transformed his grandparents' home into a popular pre-game hangout, only steps from the SAP center.

Poor House Bistro currently sits on land that was purchased by Google. The tech giant is preparing for its massive "Downtown West" development.

"I had ideas of possibly, maybe being in the 'Google Village.' But realistically, it's going to be a 10 year build out here," he explained. "Do I really want to be in this type of build-out zone?"

Meduri said he's still going through what he called the "architectural stage."

"We haven't really gone through the permit stage yet. So, we're kind of at the infant timing of it," he continued. "But, we're hoping by the end of the year, we'll have the house moved and be ready for operation in 2022."

RELATED: Historic South Bay apartment building relocated, to be made into affordable housing

"If you think about what makes the heart and soul of a city, it's businesses like Poor House Bistro that have a unique character," Knies told ABC7 News. "They employ local workers, local artists, and musicians and bands. And that is what people remember."

The journey will be quite the spectacle- similar to the Pallesen Apartment move in late-March.

Meduri said he hopes the move will be reminiscent of Mardi Gras.

"The direction we'll be going is up Montgomery to Santa Clara, to Autumn to St. John," he said.

The building will land between Henry's Hi-Life and the Italian Cultural Center and Museum, still under construction, on St. John Street.

This will mark the second move for the historic home.

Meduri said, "Back in the '50s, my grandfather had this house moved from 11th Street, as a sorority at San Jose State, to this current location."

Pointing to his Italian heritage, he added, "It's kind of cool that my Italian grandparents' house is gonna go to Little Italy. It's like this big journey to a place where, I think, maybe it was meant to be."

"So it's gonna be exciting once we get over there," he shared.