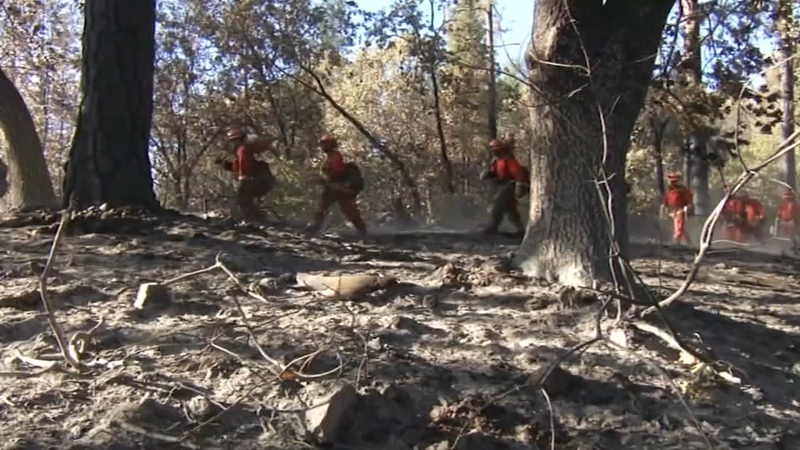 CAL FIRE inmate fire crews cut by more than half

SANTA CRUZ, Calif. (KGO) -- CAL FIRE is doing what it can to prepare for what's expected to be another busy and brutal fire season ahead.

"Everybody in the fire service says, 'It's going to be the worst fire season ever,' because it seems like that always is the case," CAL FIRE CZU Deputy Chief Nate Armstrong told ABC7 News. "And for the last couple of years, that has actually proven itself."

With little downtime for first responders, critically dry fuel, and fewer inmate crews on the front lines, he explained there are definitely challenges ahead.

"Our winter preparedness time has shrunk significantly. We used to see a, you know, five to six month fire season in the region," he shared. "Everybody's calling it now a 'fire year,' because it's really lasted nine to 10 months."

"It was so taxed last year. If we were hit with that same event right now, we don't have anything more this year than we did last year," Armstrong said.

The pandemic cut CAL FIRE inmate crews down by more than half.

"We have a significant reduction in a resource that provides a vital role in our suppression efforts and containment efforts statewide," he shared.

Armstrong said CAL FIRE has since reached out to the California National Guard and California Conservation Corps.

"And have started paying for additional paid firefighter hand crews with CAL FIRE personnel," he said. "So, here in the San Mateo-Santa Cruz unit, we did get one of those CCC crews which have been actively training for the last two to three weeks. And they should be ready for response actually at the beginning of this next week."

Specific to the Santa Cruz Mountains, he said there are added obstacles, like communication dead zones and tight roads.

"We have some challenges here in this unit, just due to our geography, that other areas of the state don't have," Dep. Chief Armstrong continued. "So, there's just extra little challenges that seem to make things a little bit more difficult."

For more information on how to prepare, click here.