Californians are headed to Texas. Why more people are moving to Lone Star State

Home prices are a big driver for tens of thousands of Californians to pack up and head to Texas, researchers say.
KTRK
By Jeff Ehling 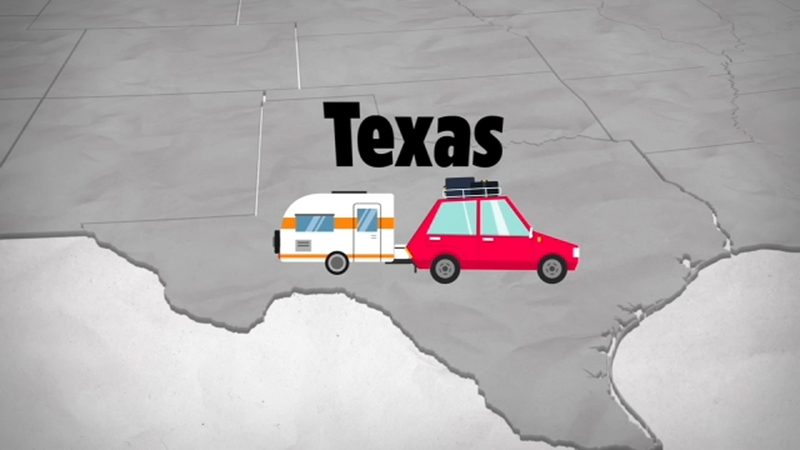 Californians are headed to Texas.

It's causing tens of thousands of Californians to seek out new places to live in the Lone Star State.

When Bill Fulton was recently asked by business leaders if Golden State residents were really coming to Texas in large numbers, he went to work to find the answer.

As the director of the Kinder Institute for Urban Research at Rice University, Fulton analyzed the numbers.

He found, on average, about 35,000 to 40,000 Texans move to California every year, but recently a noticeable number of people are doing just the opposite.

RELATED: 48 states in 6 months: CA family puts house up for sale to tour US in search of new home

The Kinder Institute found as housing prices go up in California, there is a steady migration to Texas.

It has a real-world impact on housing prices in the Lone Star State and those who were born and raised there when they try to find an affordable place to live.

"The consequences it does have is the people who already live in Texas who maybe do not have a lot of home equity and are not used to those California home prices, they may have a more difficult time buying a house, at least the house they want to buy in the place they want to buy," said Fulton.

That means lower income families may have to move further away from the city center to find affordable housing, making their commutes longer and more expensive.

As for whether or not those moving Californians could turn Texas blue, researchers say there doesn't seem to be enough migration to make that happen on its own.