Both were citizens of India who had been living in the United States.

According to a LinkedIn page, Viswanath was working for Cisco in the Bay Area.

Officials say the two fell approximately 800 feet in an area with steep terrain. Their bodies were recovered the next afternoon by Park Rangers who had to use technical climbing and rappelling techniques to reach the location. A California Highway Patrol helicopter was also called in for assistance.

The couple appears to have a travel blog associated with an Instagram accountwhere they have been posting pictures of their travels across the United States. In one image, Moorthy can be seen sitting on the edge of the Grand Canyon and in the caption mentions the danger of standing so close to the side to capture the image.

The photo caption says, in part, "Sooo today on #socialmediabadasstribe we are talking about limits of #doitforthegram. Yeah sure it can be limitless but guys, we reaaaallly need to have boundaries(this is handy as life lessons too but we will revisit that later). A lot of us including yours truly is a fan of daredevilry attempts of standing at the edge of cliffs and skyscrapers, but did you know that wind gusts can be FATAL??? Is our life just worth one photo? When we squirm at another selfie attempt gone south from a skyscraper, let's remember to save that in our core memory and not the memory dump."

Another photo shows Moorthy from a different angle at the edge of the Grand Canyon.

In that image caption she wrote, "Please be careful standing at the edge of canyons/mountains/high rise buildings. The wind gusts are extremely dangerous and your adrenaline rage is not worth your life. We waited quite a bit and made sure of this." 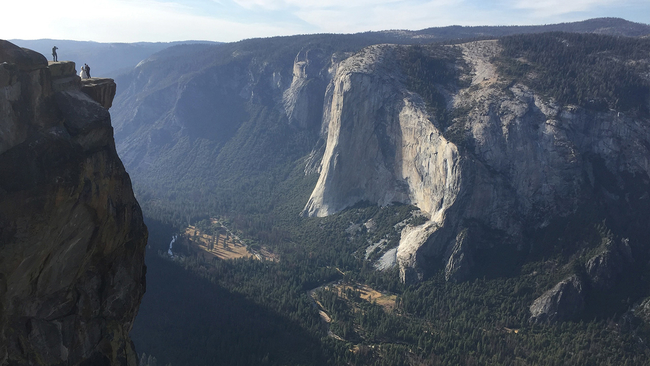 2 dead after apparent fall from Taft Point at Yosemite 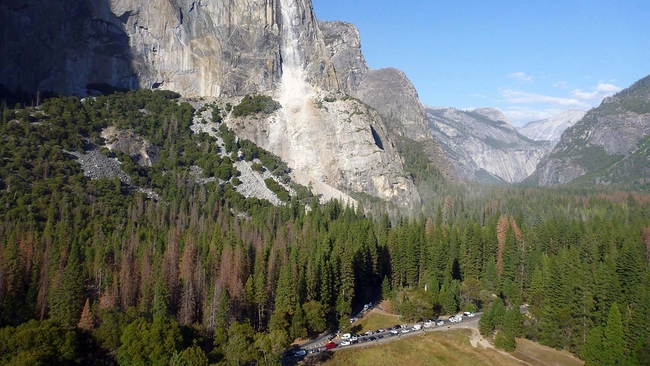 Yosemite prepares for possible opening, but no firm date set