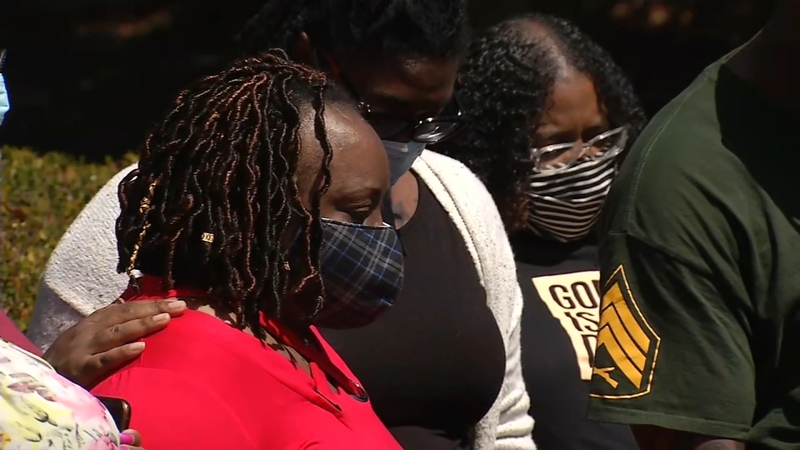 Parents say their son was 'executed' by Danville officer

DANVILLE, Calif. (KGO) -- A civil rights lawsuit was filed this week against Danville police after an officer shot a Black homeless man to death in March.

Civil rights attorneys shared a disturbing video of the officer pointing his gun at the man. They said the officer claimed he suspected the man, 32-year-old Tyrell Wilson had thrown rocks at cars on Interstate 680.

A witness driving by the intersection at Sycamore Valley Rd. recorded the encounter on March 11.

Ben Nisenbaum, one the family' s attorneys in the case, said, "This video, somehow the police just waved the person who took it, he told them he had video. They just waved him and told him to submit it. Well they submitted it to us."

Civil Rights Attorney John Burris said, "What we are doing here as a civil rights case is just a beginning, because at the end of the day this officer should be criminally prosecuted. This man is a menace, shooting dark people in this town."

Dozens of people took to the streets of Danville Sunday to rally for justice in the death of an African American man shot and killed by a police officer.

Burris claims the officer shot and killed another Filipino man in Danville two and a half years ago. Now this.

The civil rights lawsuit was filed against the city of Danville. They referred ABC7 News to the Contra Costa County Sheriff's Department. They said they would not comment on the case.

Police claimed last month that Wilson was armed with a knife. But Wilson's mother and father said they feel as though their son, who had mental health issues, was executed.

Grieving mother Diana Wilson said, "I have not seen the video. I want my last thoughts of my son to be the beautiful man he was. I want the officer to come to justice because I don't want another parent to go through what we're going through now."