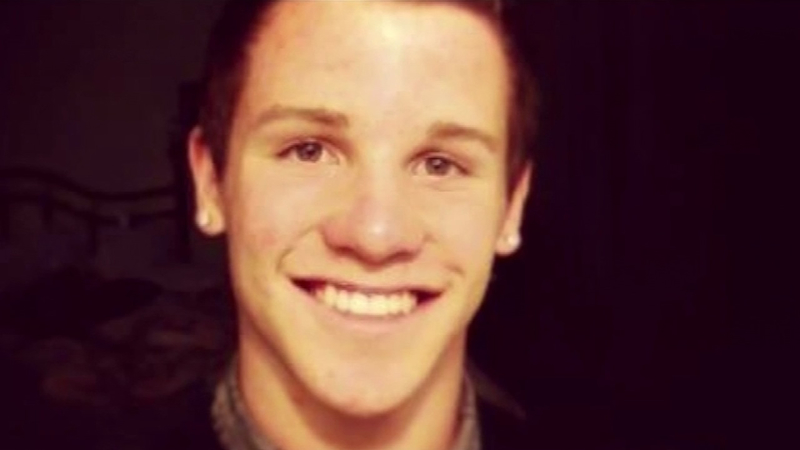 DISCOVERY BAY, Calif. (KGO) -- An 18-year-old Discovery Bay man who confessed to killing a 9-year-old boy made his first appearance in a Martinez courtroom on Wednesday. William Shultz was staying with his best friend's family last weekend when he says he decided to kill his friend's youngest brother just to see what it was like. 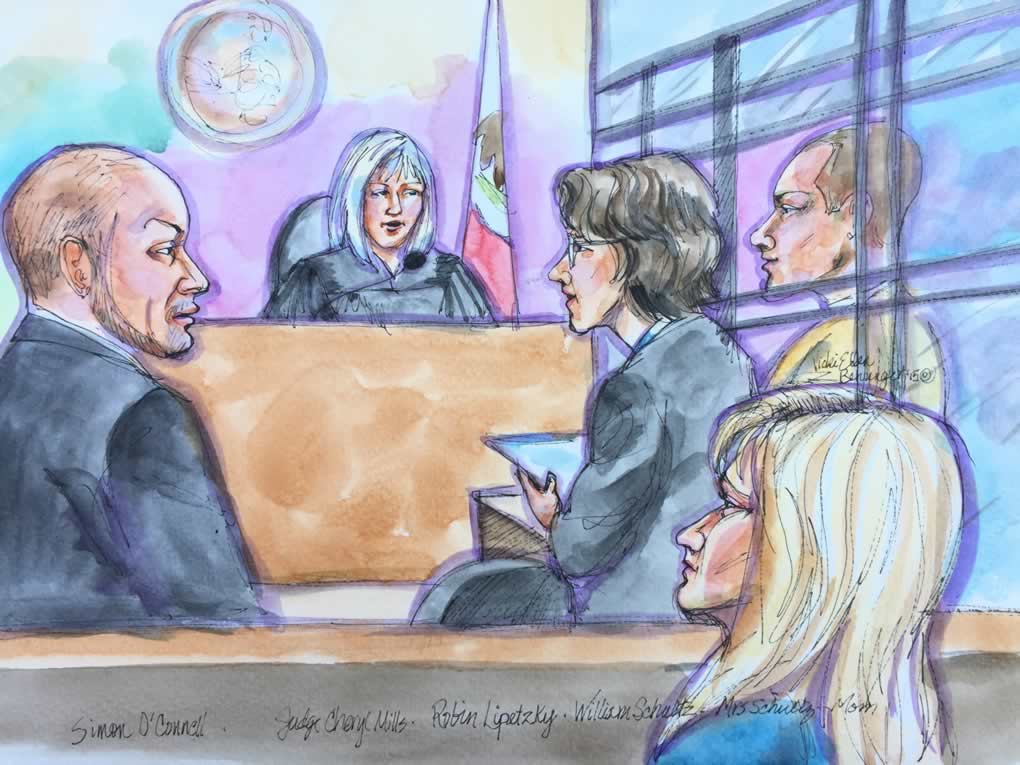 This courtroom sketch shows 18-year-old William Shultz appearing before a judge in Martinez, Calif. on April 29, 2015.

The hearing lasted just a few minutes, but it was clear there is plenty of suffering to go around; obviously for the family of the victim, but also the parents of the suspect.

As he made his first court appearance, the 18-year-old tried to glance at his mother, who was sitting in a packed courtroom and clearly distraught.

This courtroom sketch shows 18-year-old William Shultz looking at his mother in Martinez, Calif. on April 29, 2015.

The charge of first degree murder in the stabbing death of 9-year-old Jordon Almgren includes the special circumstance of "lying in wait."

"He's charged right now with this special circumstance, he's on notice. At this time we are not pursing this as a death case," said prosecutor Simon O'Connell.

In an exclusive jailhouse interview with the Contra Costa Times, Shultz admitted to killing the sleeping Jordon, saying, ""I put my hand over his face and I stabbed him."

Shultz told the newspaper he used a weapon similar to a Bear Grylls survival knife that he'd recently purchased.

Officials say a knife similar to this one was used to fatally stab a 9-year-old boy in Discovery Bay, Calif. on April 26, 2015.

The 18-year-old also told the Contra Costa Times that he thought the world was coming to an end and that he killed his best friend's little brother "to see what it was like."

"This is a case about mental illness," said public defender Robin Lipetsky.

According to Lipetsky, Shultz's parents repeatedly tried to get him psychological help in the weeks and months leading up to Jordon's murder.

"The family's devastated," Lipetsky said. "They've expressed their condolences, their concerns their sorrow to the other family. This is a tragic, tragic situation for both families."

While his family makes funeral arrangements, Jordon's baseball teammates plan to honor him at their next game on Saturday.

Friends and family are mourning the death of 9-year-old Jordon Almgren who was fatally stabbed in Discovery Bay, Calif. on April 26, 2015.