PG&E shared its initial electric incident report to the Safety and Enforcement Division of the California Public Utilities Commission (CPUC) with ABC7 News.

In the report, the utility explained that roughly 15 minutes before the deadly Camp Fire began turning the town of Paradise into an apocalyptic scene, PG&E detected a transmission line outage across the Feather River from Poe Dam.

"Engine 2 is responding. Copy, possible power lines down," can be heard over the radio. The incident resulted in a power outage at 6:15 a.m.

Cal Fire reported the Camp Fire started near that area at 6:33 a.m.

"These are things that should not be happening," State Sen. Jerry Hill told ABC7 News.

Sen. Hill has remained critical of PG&E. He authored SB-819, which was meant to protect customers from PG&E disaster-related rate hikes.

"I anticipate if these fires are shown to be PG&E's responsibility, they will be right back to the legislature and the governor," Hill said. "Trying to get another bailout as they did last year."

Cal Fire found equipment owned and operated by the utility started at least 12 wildfires in the October 2017 firestorm.

"PG&E just has to change the way they do business. If they don't change, then they need to be held financially, fiscally responsible for their negligence," Hill said. "That's assuming that they are negligent in these fires (Tubbs and Camp Fires) and that we don't know that yet."

Investigators found PG&E violated state code in eight of those fires, including the devastating and deadly Adobe and Atlas Fires which torched the North Bay.

Attorney Frank Pitre with Cotchett, Pitre & McCarthy, LLP, is representing victims of the North Bay wildfires against the utility giant.

RELATED: Only some get underground PG&E lines as Santa Rosa rebuilds after fire

There's still a long way to go with the Camp Fire firefight.

"This is not the new normal. This is not climate change. This is a failure of leadership. It's a cultural problem of PG&E," Pitre told ABC7 News.

PG&E emailed a statement to ABC7 News, saying, "The cause of the Camp Fire has not yet been determined." The utility giant went on to say, "PG&E will fully cooperate with any investigations."

PG&E warned customers it might shut down power to parts of Butte County just two days before the Camp Fire. However, the utility never took that action. 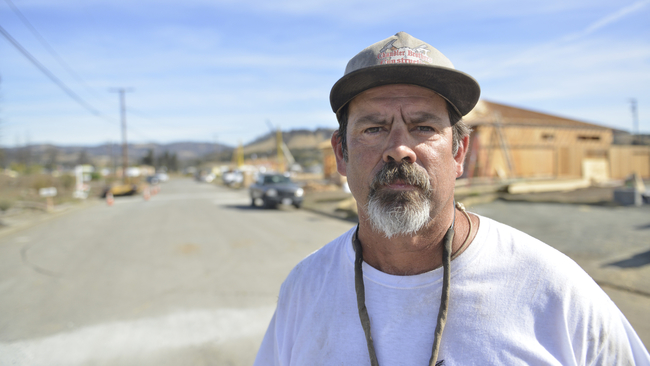