Donald Trump wraps up fundraiser at private home in Woodside 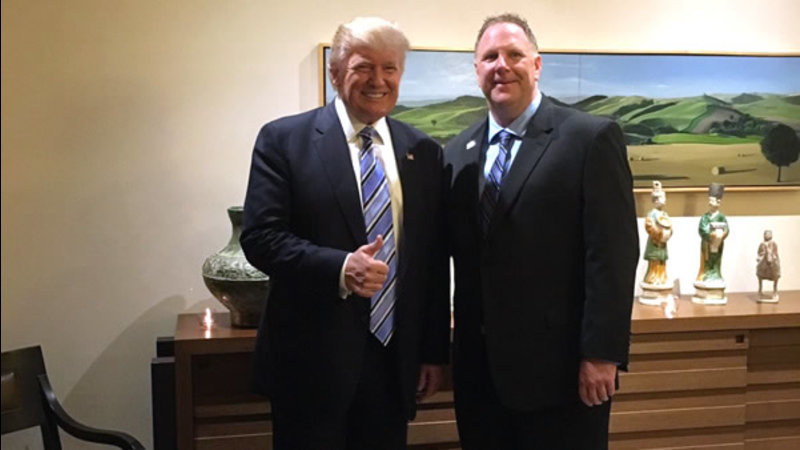 This was Trump's first visit to the bay Area since one of his rallies in San Jose ended in a violent clash between his supporters and protesters.

The time and location of the fundraiser was kept a secret for most of the day to prevent protesters from showing up.

Tents were set up for the fundraising event at the home of Saul Fox, CEO of a private equity firm. According to public records, his host has donated to his campaign twice this year. The sole entry to the estate is staffed with private security.

Guests paid $25,000 to attend and ABC7 News was told about 40 guests attended the fundraiser, including former New York Mayor Rudy Giuliani, who arrived at the home with Trump.

His opponent, Democratic presidential nominee Hillary Clinton has been holding a lot of fundraisers in Silicon Valley, so Trump is hoping for a lot of lost opportunities at Monday's fundraiser.

It is still unclear who exactly attended the fundraiser with donations for Trump's campaign. Duf Sundheim, past GOP state chair, says it will take work to get contributions. "The Republicans are a little bit downcast right now, and they're very disappointed with the way Trump's run his campaign over the last three weeks. I think he'll raise money, but I don't think he'll raise as much as Republicans have in the past," Sundheim said.


However, Politico Reporter and ABC7 Political Analyst Carla Marinucci says it's imperative for Trump to raise money. "She has out-raised him in Silicon Valley by 100 to 1, so Trump needs money to counter her ads and to counter her campaign. Like it or not, he's got to raise it, and that's why he's here in California this week," she said.

A neighbor said Woodside Republicans tend to be quiet if they support Trump.

In addition to the Peninsula, Trump is expected to hold a fundraiser in Napa Valley.