Map: These Bay Area precincts voted for Donald Trump in 2016 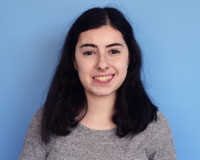 From the latest on the presidential race to updated election results across California and the Bay Area, here's what to know about the 2020 election.

SAN FRANCISCO (KGO) -- The 2016 presidential election was four years ago, but somehow it feels like a lifetime has passed in that time.

As we're in the throes of the 2020 election between President Donald Trump and former Vice President Joe Biden, as millions of Bay Area residents cast their ballots once again, it's fascinating to look back at our last election and examine how we voted the last time around.

RELATED: The zip codes that donated big to the Trump, Biden campaigns in the Bay Area

A map created by ABC7 News' data journalism team shows how every nook and cranny of the region voted, precinct by precinct.

San Francisco and the Bay Area are home to reliably Democratic voting blocks, so it's not surprising that much of the map appears a bluish-purple, with a majority of votes going to Hillary Clinton in 2016.

On the flip side, Clinton dominated in certain areas, especially San Francisco, Berkeley, Oakland, Richmond, Palo Alto and much of San Jose.

Zoom in and click around the map above and see how the votes vary in different cities and neighborhoods.

Precinct-level data can be quite granular, especially in sparsely populated areas where only a few people cast their votes. That's why you may see some precincts reporting 100% of their votes for one candidate or another. (Precincts that appear gray did not have data available.)